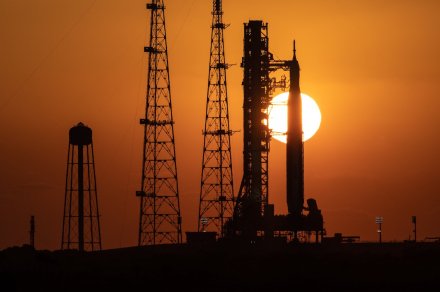 NASA engineers are gearing up for another attempt at a key launchpad test for its next-generation Space Launch System (SLS) rocket and Orion spacecraft following several failed efforts in April. NASA wants to use the new spaceflight system for its Artemis missions to the moon.

The space agency is likely to reveal more about the scheduling for the upcoming test during a press conference starting at 12 p.m. ET on Friday, May 27.

.@NASAGroundSys teams have completed work to get the @NASA_SLS rocket and @NASA_Orion spacecraft ready for its next launchpad test ahead of the #Artemis I mission to the Moon.

On May 27, leaders will give an update. Reporters may RSVP: https://t.co/Nwiirboni2 pic.twitter.com/LuHnhGmkL2

NASA appears set to make another attempt at a wet dress rehearsal for its SLS spaceflight system in early June. The test, which will take place at the Kennedy Space Center in Florida, will see the rocket filled with fuel, followed by a countdown as if for an actual launch.

A number of technical issues emerged during April’s attempts at a wet dress rehearsal, prompting NASA engineers to remove the rocket from the launchpad and return it to the nearby Vehicle Assembly Building.

Those issues have now been fixed, clearing the way for the test in the coming weeks.

NASA’s SLS spaceflight system will herald a new era of lunar exploration when it lands the first woman and first person of color on the surface of the moon, possibly before the end of this decade.

The landing mission depends on the success of two upcoming test flights, the first (Artemis I) an uncrewed mission that will see the Orion spacecraft perform a flyby of the moon before returning to Earth, and the second (Artemis II) involving Orion taking the same path but with a crew on board.

If the upcoming wet dress…