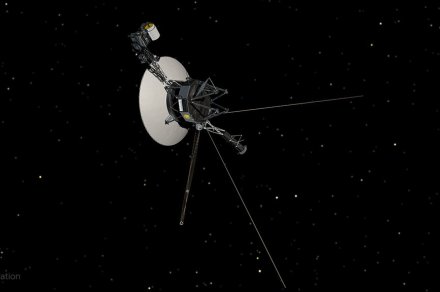 NASA to begin powering down Voyager probes this year

The Voyager probes, the most distant human-made objects in the universe, will soon begin the process of shutting down. The two probes built by NASA were launched in the 1970s, and their decades-old hardware is still operating — much to everyone’s astonishment — but their power levels are falling every year. Now, NASA will begin powering off parts of the probes’ systems to keep them going for as long as possible.

NASA’s Voyager 1 spacecraft, shown in this illustration, has been exploring our solar system since 1977, along with its twin, Voyager 2. NASA/JPL-Caltech

Scientific American reports that NASA intends to start turning off some systems on both the probes this year. But the fact they are both still operating at all is incredible, given that they were originally designed for a four-year mission. “We’re at 44 and a half years,” Ralph McNutt, a researcher who has worked with the Voyager probes, said to Scientific American. “So we’ve done 10 times the warranty on the darn things.”

The Voyager program was able to take advantage of a moment of cosmic coordination, when Jupiter, Saturn, Uranus, and Neptune were all lined up in such a way that the probes could visit each of these planets on their one-way journey away from Earth. The probes snapped images of Jupiter’s clouds, discovered new phenomena like volcanic activity on Jupiter’s moon Io, and investigated Saturn’s rings.

But perhaps the probes’ most celebrated contribution to science was an image that recorded where they had come from: The famous Pale Blue Dot photo showing the Earth as a tiny dot against the blackness of space, taken by Voyager 1 in 1990 when it was 3.7 billion miles from the sun, beyond the orbit of Neptune. The photo has reminded scientists and members of the public of the vastness of space and the fragile nature of Earth ever since.

In 2013 and 2018, Voyagers 1 and 2 respectively passed a boundary called the heliopause and entered interstellar space. The heliopause is the edge of the sun’s solar wind, and…