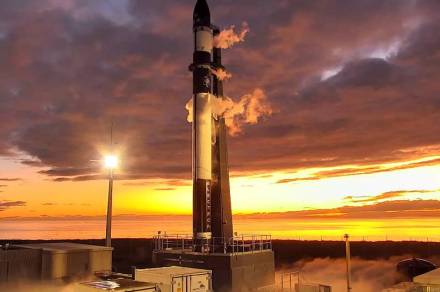 NASA to launch a satellite into an experimental lunar orbit

This Monday, NASA is launching a tiny satellite with a big mission. The CAPSTONE (Cislunar Autonomous Positioning System Technology Operations and Navigation Experiment) satellite will enter into a never-before-tried orbit around the moon which NASA wants to use for future lunar outposts.

The satellite is being launched by New Zealand-based company Rocket Lab, which will use one of its Electron rockets. The launch will be livestreamed, and we have the details on how to watch from home below.

The CAPSTONE craft is a small satellite called a CubeSat which will is being launched as a test for NASA’s planned lunar Gateway. The idea is to send the little trail-blazing satellite into a particular orbit around the moon called a near rectilinear halo orbit. This complex orbit brings the satellite close to the moon at some times and far away at others over a seven-day cycle, as shown in this video posted by retired astronaut Chris Hadfield:

Moon orbits can look wonky, depending where you watch from. This is a Halo Orbit, used this weekend by @RocketLab&#39;s CAPSTONE https://t.co/vn3hJaAGaX. pic.twitter.com/YB92q73y2E

This is the planned orbit for an eventual outpost orbiting the moon called Gateway, as it is a stable orbit that can be maintained using little power. However, this orbit has never been used before so the CAPSTONE satellite is being sent to test it out and check if it works in practice as well as it does in theory.

Following the launch of CAPSTONE, the rocket will release the satellite after six days. The satellite will then travel for four months before arriving at its orbit where it will spend six months collecting data. As well as testing out the orbit, it will also test out other technologies for future moon missions like communications with Earth and a new…