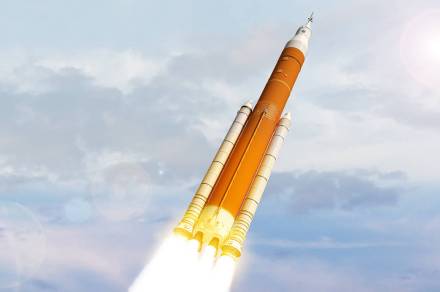 NASA video reveals all about upcoming Artemis I moon mission

If you’ve simply been too busy to get up to speed with NASA’s upcoming Artemis I mission, then a new video released by the space agency tells you everything you need to know about it in less than five minutes.

Titled Artemis I: We Are Ready, the video explains why we’re heading to the moon again, and with the use of impressive graphics, it shows how the carefully planned Artemis I mission is expected to unfold.

NASA’s Artemis program is all about a new era of space exploration that’s designed to put humans back on the moon and also send them to Mars — and possibly beyond.

The uncrewed Artemis I mission is set to launch from the Kennedy Space Center in Florida on Monday, August 29 and will involve the very first flight of NASA’s next-generation Space Launch System (SLS) rocket — its most powerful launch vehicle to date — and the maiden flight of the new Orion spaceship designed especially for deep space missions.

Orion’s journey will last six weeks and involve a fly-by of the moon that will take it within just 62 miles of the lunar surface. Orion will then return to Earth and splash down off the coast of California.

A successful Artemis I mission will pave the way for Artemis II, which will take the same route but with astronauts on board. Following that, Artemis III will endeavor to put the first woman and first person of color on the lunar surface in a mission that could take place as early as 2025.

“The journey of half a million miles — the first flight of the Artemis Generation — is about to begin,” NASA said in comments accompanying the video. “The uncrewed Artemis I mission will jump-start humanity’s return to the moon with the thunderous liftoff of NASA’s powerful new Space Launch System rocket and Orion spacecraft. This critical flight test will send Orion farther than any human-rated spacecraft has ever flown, putting new systems and processes to the test and lighting the way for the crew missions to come. Artemis I is ready for departure — and, together with our partners around the world, we are ready to return to the moon, with our sights on Mars and…