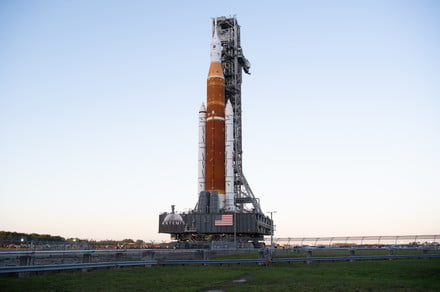 Posted By: adminon: May 15, 2022In: TechnologyNo Comments
Print Email

NASA has shared more information about its ongoing work on its new Space Launch System rocket, and the issues that arose in three previous tests. The issues, which NASA has characterized as nuisances rather than major problems, arose during attempts to perform a wet dress rehearsal in which fuel is loaded into the rocket.

The first issue to be addressed was a leak of the liquid hydrogen fuel, which was a relatively simple fix of retightening some bolts that had come loose in the umbilical that carries fuel from the mobile launch platform to the rocket. NASA says that its engineers are satisfied that the bolts are now staying correctly tightened and should hold their seal during fueling operations. Just to be on the safe side, the engineers also moved a filter that removes any contaminants from the fuel to a different location. This filter had not caused a leak previously, but moving it ensures that it won’t contribute to a future leak.

Another issue the team has been working on was a helium check valve that was stuck open due to an errant piece of rubber. The engineers had been unsure where this rubber had come from, but they have since found a damaged O-ring seal that came loose and got stuck in the valve. Though the engineers were able to replace any support hardware that may have been affected, it is still not clear what caused the O-ring to come loose in the first place. The team will continue looking for the root cause of the problem and test their fix by repressurizing the system.

Other work done includes checking whether the rocket was damaged by the lightning strikes and thunder storm that occurred during one of the tests — but it wasn’t, as there are towers on the launch pad thatchannel lightning away from the rocket to prevent damage in this type of situation. NASA has also requested its supplier of gaseous nitrogen used in the test upgrade its facilities in time for the next attempt.

NASA has previously said that it does not expect to try the wet dress rehearsal again until June at the earliest. In the update, the agency clarified that “NASA will announce dates for rolling out to the…