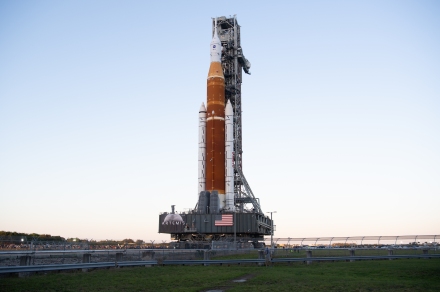 Following two failed launch attempts of its new Space Launch System rocket, NASA has announced it will not be making another launch attempt in the next few days. The launch, which was to kick off the Artemis I mission, was originally scheduled for Monday, August 29, but this attempt was scrubbed due to an issue with one of the rocket’s engines. A second attempt was made yesterday, Saturday, September 3, but this launch was also scrubbed due to a liquid hydrogen leak. The launch window for this period does extend until Tuesday, September 6, but NASA has ruled out making another launch attempt during this time.

The problem was a leaking quick disconnect attached to the rocket’s core stage, through which liquid hydrogen fuel is loaded. The liquid hydrogen tank was filled up to over 10% of its capacity, but several attempts to fix the leak weren’t successful and the decision was made to scrub the launch.

A NASA update suggested that human error could have contributed to the problem. “While in an early phase of hydrogen loading operations called chilldown, when launch controllers cool down the lines and propulsion system prior to flowing super cold liquid hydrogen into the rocket’s tank at minus 423 degrees F, an inadvertent command was sent that temporarily raised the pressure in the system,” NASA wrote. “While the rocket remained safe and it is too early to tell whether the bump in pressurization contributed to the cause of the leaky seal, engineers are examining the issue.”

At a briefing, NASA Artemis mission manager Mike Sarafin emphasized that the rocket hardware was safe, but that the leak was a significant one. He said that a launch in the next few days of the launch window was “definitely off the table” and that a launch attempt within the next two launch windows was possible but would depend on the findings of the teams examining the issues from this attempt.

The next launch windows, which are dependent on the relative movements of…