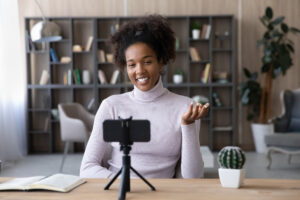 The National Business League (NBL) is pushing to enhance the digital capacity of 1 million Black-owned businesses by 2028 by launching launch the Black Economic Freedom Movement.

The initiative will aim to make sure more than 1 million Black businesses have digital resources, including virtual meeting and webinar access and social media platforms to scale their businesses up.

According to a press release from Research and Markets, the global digital transformation market will grow to $1,009.8 billion by 2025 from $469.8 billion in 2020. Dr. Ken Harris, NBL national president and CEO, told Essence getting Black businesses prepared for the digital age is necessary to ensure their success.

“As we pivot toward a post-pandemic economy, on the cusp of extreme Black racial injustice, the National Business League has jumped with both feet into the digital age,” Harris said. “For Black businesses globally, the revolution won’t be televised; it shall be digitized.”

Black-owned businesses, especially woman-owned ones, have skyrocketed during the COVID-19 pandemic, increasing more than 30% when compared to pre-pandemic levels. Despite the increase, Black businesses account for just 2.4% of businesses in the U.S.

Black businesses need to be prepared for the digital age if they want to reach more than just their local communities. The means more than just making sure a business’ Twitter page is operational.

NBL has several national chapters and its Tuskegee, Alabama, chapter will lead the initiative which will also be assisted by a $1.3 million tech platform.

“The city of Tuskegee is proud to co-host the National Business League for the 122nd year anniversary celebration and historic Black Economic Freedom announcement,” Tuskegee Mayor Lawrence Haygood, Jr. said in a statement, according to Essence.

“The NBL and the city in partnership through the National Business League Tuskegee Chapter look forward to continuing a long tradition of supporting and being a historical beacon for local Black businesses in Tuskegee while also being an intricate part of the league’s national movement.”