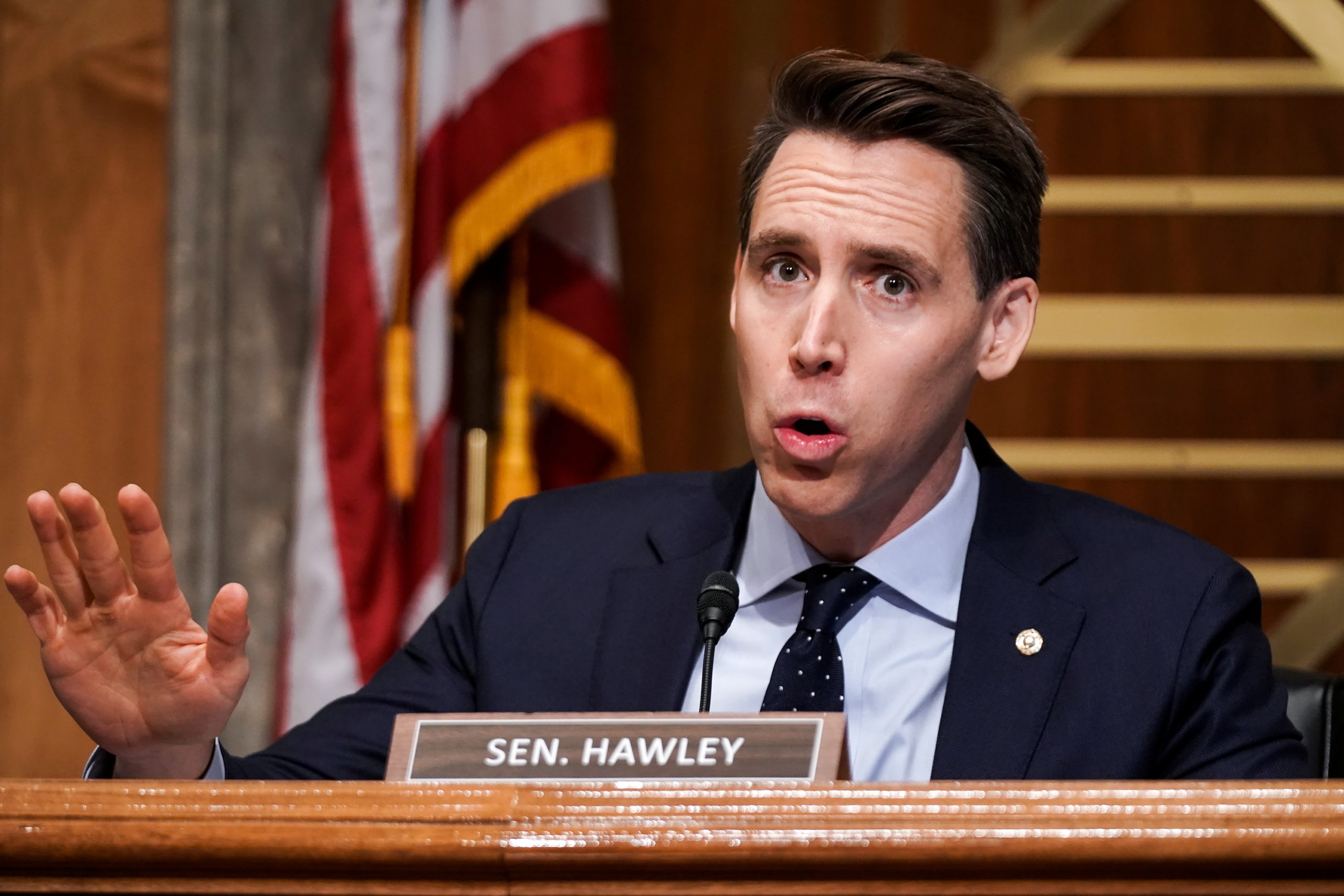 The vote was 95-1 on expanding NATO to include Finland and Sweden in the Senate, and the only no vote belonged to Sen. Josh Hawley (R-MO).

Even Ukraine labeled Russian propagandist Sen. Rand Paul (R-KY) did not vote no. Paul voted present. Hawley was the only senator in the entire body to vote against NATO expansion to include Sweden and Finland.

Sen. Hawley is already a national laughingstock thanks to video played by the 1/6 Committee showing Hawley running like a cartoon character to escape the mob that hours earlier he had helped to incite.

Hawley is now part of the exclusive Ted Cruz wing of the Senate. He is a senator who is immensely disliked but also harbors delusions of someday being president.

When even Comrade Rand can’t bring himself to vote no, but Josh Hawley can, the Senator from Missouri has entered some rare air.

Josh Hawley has shown himself to be a hypocritical, detestable piece of work who does not belong in the United States Senate.