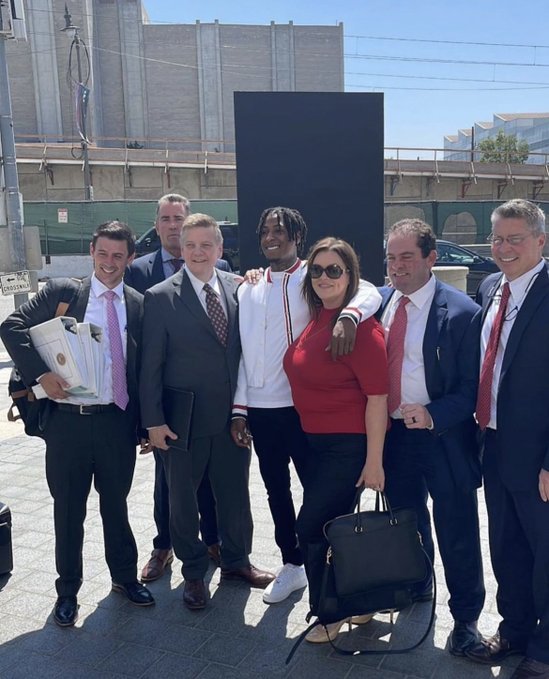 NBA Youngboy left a Los Angeles federal court on Friday with a case behind him. According to Rolling Stone, Youngboy celebrated in the courtroom when the not guilty verdict was read.

Youngboy was charged with felony possession of a firearm after law enforcement recovered an FN FNX .45 caliber pistol from the Mercedes Maybach he rode in in March 2021. He was arrested on a warrant for a different gun case in Louisiana that is yet to be resolved.

Prosecutors attempted to show Youngboy was guilty because he fled from the arrest scene and hid in a nearby backyard. They also presented records of the gun purchase by a close family friend and also brought up his rap lyrics.

You can see the full report of the court happenings here and scenes from the courtroom below.

NBA YOUNGBOY FOUND NOT GUILTY OF GUN POSESSION – This in regards to his case he caught in California when the FBI and US Marshals arrested him and he allegedly ran from his Maybach and K9’s took him to custody. There was a gun in the car they charged him with. 1-0 .. 1 more to go