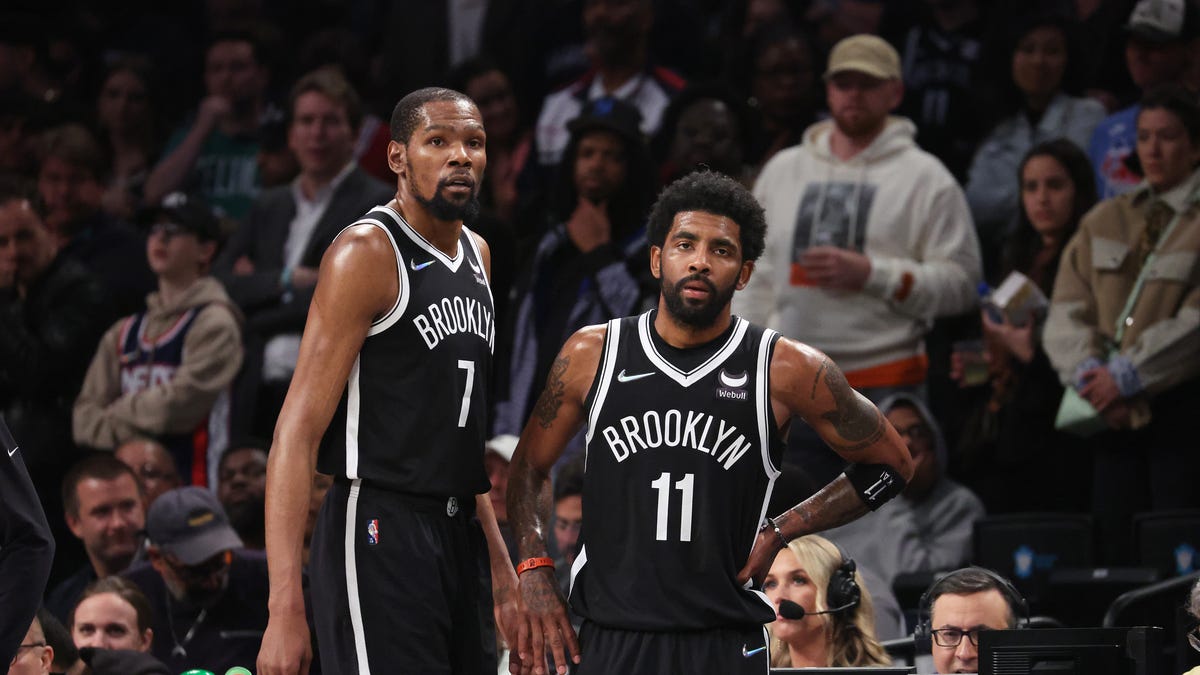 Nets’ Kyrie Irving is way better at basketball than at Twitter

Kyrie Irving and Kevin Durant were supposed to be a generational duo on the hardwood. Three years later, Durant has been about what we expected, but Irving hasn’t held up his end of the bargain. Even on social media, Durant is running circles around Kyrie. Durant and Kyrie have waaaay too much free time on their hands. Wives, kids, and the playoffs are none of their concerns.

But the way they interact on social media couldn’t be more different. The difference is that Kyrie fancies himself as a world philosopher. He’s constantly lecturing anyone who’ll listen about societal ills, but from the shallow perspective of a dilettante who possesses the confidence of a technocrat. Nobody’s asking him to shut up and dribble, but at least bring some substance to the table.

On Monday, Kyrie shared his thoughts about living on Mother Earth, which he previously believed was flat.

I’ll give him the benefit of the doubt and assume there’s some deeper thought about affordable and ballooning rents bouncing around his mercurial mind. However, Twitter has never been the best medium for him to use to communicate. He isn’t chill enough or funny enough, and he comes across as an airhead when he tries to be witty and concise. He’s the NBA’s hashtag activism king, but there’s no follow-through.

Meanwhile, Durant is a basketball Buddhist. It’s all love and occasionally some blunt real talk. Emphasis on the blunt part, because he must have rolled a fat one this weekend while dispensing sage life and hoops advice to overzealous followers.

He talked double teams, telling one follower, “I think whoever I pass to has to make u pay. Not the guy whos being double teamed”.

He laughed at takes that used Kobe to belittle him in a humble manner: “Lol Kobe was already a championship player man cut it out”