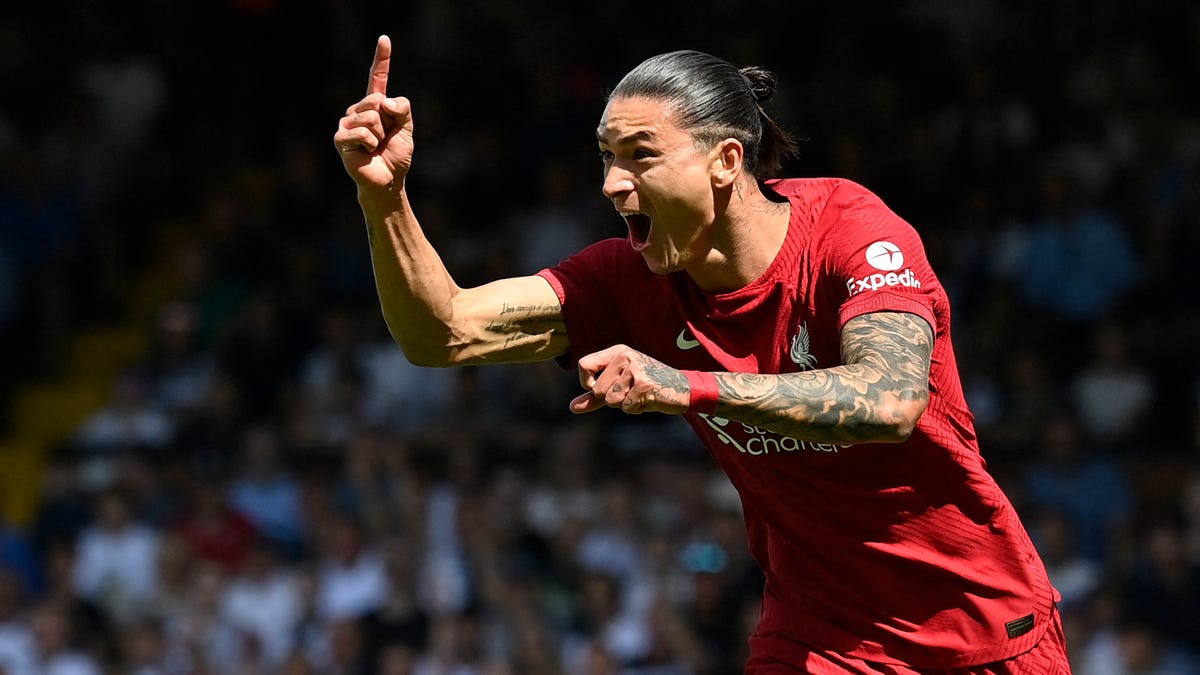 It took Darwin Núñez 13 minutes to notch his first goal in the English Premier League, but it came at the 64th minute because he was brought on as an £85m super sub during a swirling match at Craven College that saw Liverpool and newly promoted Fulham finish in a 2-2 draw. This is the first game of the season, so Reds fans can find solace in that — or, you know, repeat “It’s early” until the words lose meaning and seem misspelled.

However, this isn’t an overreaction post or some teardown of Jurgen Klopp’s decision to treat the game like it was a midseason, midweek fixture that could be won just by showing up. Nope, not going to do that. Instead, let’s just marvel at Núñez opening his LFC and EPL account in the cheekiest of fashion.

I don’t care about the minuscule deflections the ball took to end up on the heel of the Uruguayan’s right boot before being expertly flicked in. That piece of skill is gross in so many ways. The man is a professional scorer. The only thing grimier than his debut goal in West London on Saturday morning was Fulham striker Aleksandar Mitrovi?.

The Serbian big-boyed Trent Alexander-Arnold for the opening score of the contest, a header off a looping cross, and then drew a second-half penalty in the box that earned him a chance from the spot, which he powered past Allison to take a 2-1 lead.

Here’s his first goal because when you’re responsible for the point your team took off of last year’s EPL and Champions League runners-up, you deserve some flowers.

Mo Salah was able to equalize a few minutes later, extending his opening-fixture scoring streak to six. Other than a Jordan Henderson Hail Mary that hit the top of the frame, Liverpool didn’t threaten again as the home team was content playing for, and earning, a well-deserved draw.

After the game, Klopp gave a meandering response for leaving his expensive new toy out of the starting 11.