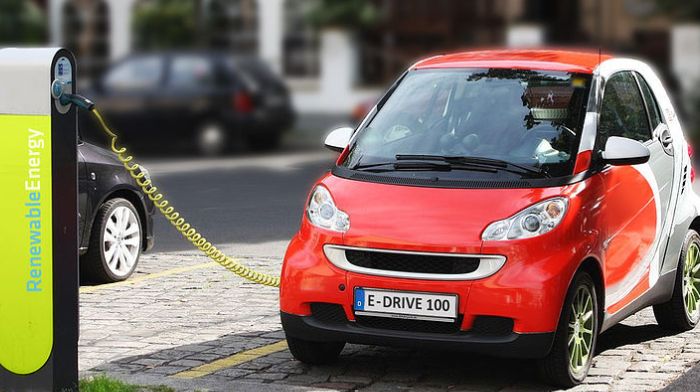 New Jersey To Give $60M To Residents For Electric Vehicles

New Jersey will spend $60 million of taxpayer funds to give $4,000 to each person who buys an electric vehicle and $250 to install electric charger stations at their homes.

Democratic Gov. Phil Murphy announced the funding, which includes $4 million set aside to incentivize apartment buildings and condominiums to install charging stations for their residents to use, The Star-Ledger reported.

The funding comes in the third year of Murphy’s Charge Up New Jersey program, which the governor said resulted in more than 13,000 electric vehicles being purchased during the first two years thanks to taxpayer-funded incentives.

RELATED: Electric Vehicles Are a Tool of Tyranny

The state will spend another $4 million to give incentives to local governments to buy electric vehicles.

“By the close of last year, roughly 5 percent of all new vehicle sales nationwide were EVs,” Murphy said. “We want to help grow that share by getting more New Jerseyans into their first electric vehicles.”

Most EVs are more expensive than gas powered vehicles, with the average price recently hitting $66,000, whereas gasoline-powered cars average $48,043.

The people buying electric vehicles are already coming from a more financially stable place than lower-income people — a $4,000 subsidy isn’t going to make or break their decision to buy the vehicle.

Why should all of New Jersey’s taxpayers, including those who can’t afford cars and must rely on mass transit, subsidize the cost of a pricey automobile for people well off enough to afford them?

The #WasteOfTheDay is brought to you by the forensic auditors at OpenTheBooks.com

The opinions expressed by contributors and/or content partners are their own and do not necessarily reflect the views of The Political Insider.