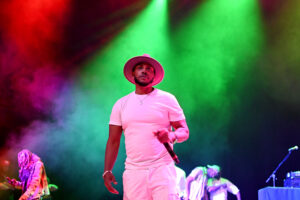 According to The New Orleans Advocate, former No Limit Soldier rapper Mystikal was indicted this week on a charge of first-degree rape. If convicted, he will face a mandatory life sentence for an alleged attack on July 30 at his Prairieville residence in New Orleans.

A grand jury indicted him on nine additional criminal counts on Tuesday, Sept. 6.

Mystikal’s attorney, Joel Pearce, stated, “It’s an indictment. It means nothing. We look forward to our day in court.”

Ascension police officials accused the Grammy-nominated artist of battering the alleged victim in a troubling encounter on July 30. He is suspected of taking her car keys while he held her against her will. They also claim Mystikal raped, strangled, and prayed with the woman to remove her “bad spirits.”

Drugs were also found in his home after he was picked up and arrested. His alleged victim stated that she saw a white crystalline substance in his residence.

Sex-related charges are not new to Mystikal. In 2004, he was accused of physically attacking his hairstylist. He served six years in prison and, upon his release, had to register as a sex offender.

The Shake Ya Ass rapper surrendered to police officials in 2017 after finding out a warrant for his arrest had been filed against him. This time, it was related to another allegation of rape and kidnapping at a Shreveport casino. The charges for that case were eventually dropped.