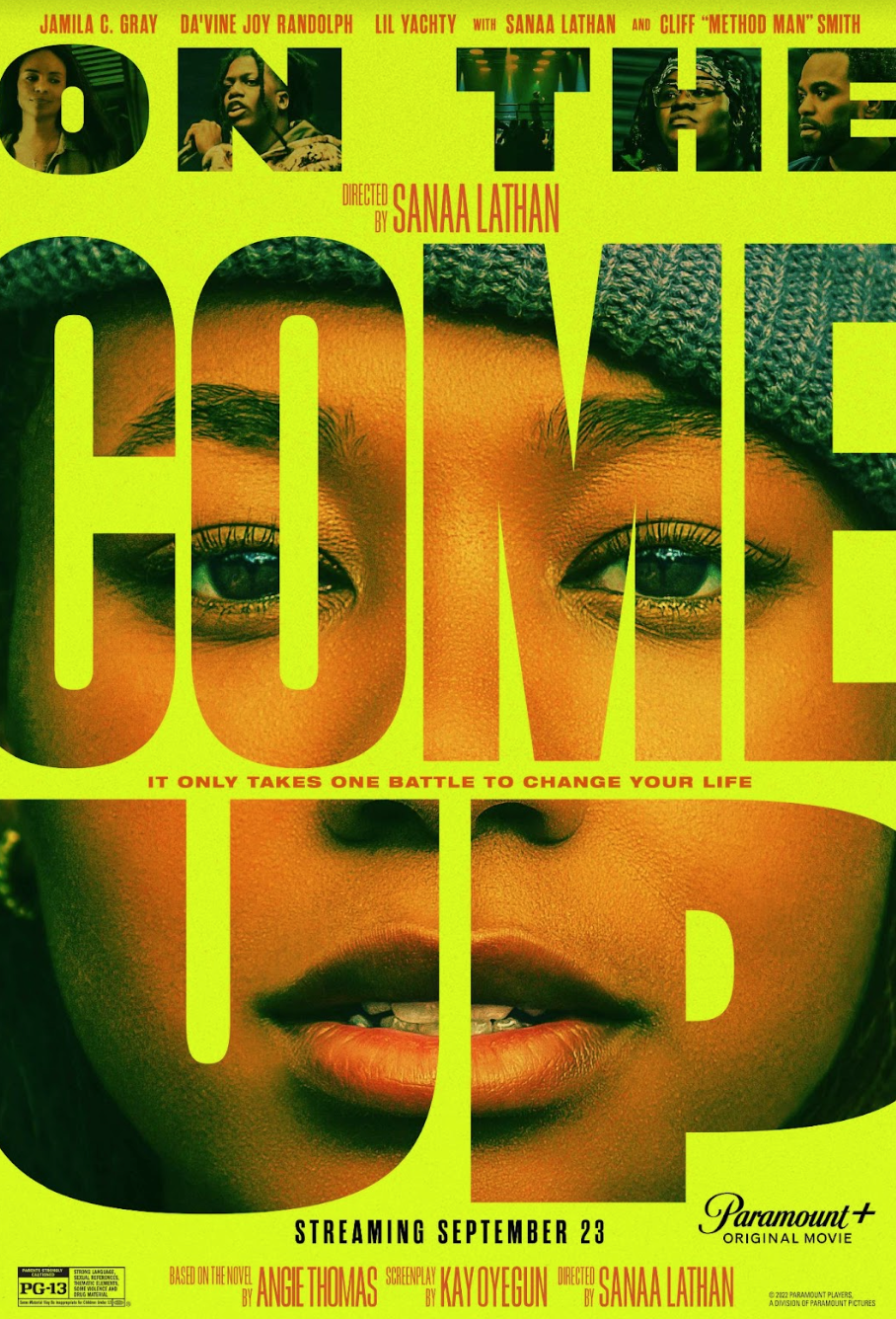 Paramount+ today released the official trailer and key art for its upcoming original film, On The Come Up, which debuted in last night’s MTV Video Music Awards broadcast. Based on the New York Times’ #1 best-selling novel by Angie Thomas (The Hate U Give), On The Come Up is the feature directorial debut of Emmy-nominated actress Sanaa Lathan and will also hold its World Premiere at the 2022 Toronto International Film Festival. The film will exclusively premiere on the service on Friday, Sept. 23 in the U.S., Canada, Italy, and later in the year in additional international territories.

Starring newcomer Jamila C. Gray, On The Come Up is the story of Bri, a 16-year-old gifted rapper, who attempts to take the battle rap scene by storm in order to lift up her family and do right by the legacy of her father – a local hip hop legend whose career was cut short by gang violence. But when her first hit song goes viral for all the wrong reasons, she finds herself torn between the authenticity that got her this far and the false persona that the industry wants to impose upon her.

On The Come Up, a State Street Pictures and Temple Hill production, is directed by Sanaa Lathan, with screenplay by Kay Oyegun. The film is produced by George Tillman, Jr., Robert Teitel, Wyck Godfrey, Marty Bowen, Isaac Klausner, Angie Thomas and Timothy M. Bourne and executive produced by John Fischer.