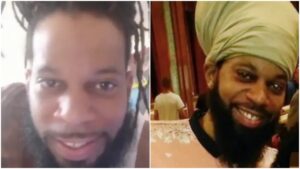 New York Man Caught Between Subway Platform and Train, Dragged To His Death In Brooklyn

A 37-year-old New York man was dragged to his death by a subway train in Brooklyn on June 16, according to NBC.

Marcus Bryant was reportedly exiting the train around midnight at the Avenue M stop on East 16th Street when he became trapped.

Bryant reportedly fell onto the tracks and was hit the Brooklyn Q train.

The Metropolitan Transportation Authority turned off the power before pulling Bryant, who was still alive, from the tracks. He later passed away at a local hospital.

Conflicting stories quickly spread as officials claimed Bryant’s clothing and foot got caught in the doors of the train. Witnesses said Bryan’t foot was caught. President of New York City Transit Richard Davey claimed the subway doors were already closed when Bryant became caught between the platform and the train.

“This was not a door incident,” claimed Davey. “We’ve made no determination about their fault, but they are out of service pending investigation,” he said of the train crews. “A conductor should have his or her head out the window when the doors close and be looking to the left and to the right for approximately 75 feet. That’s our normal protocol.”

Bryant was reportedly an aspiring DJ who was well-liked by his neighbors and loved by his friends and family. One neighbor described Bryant as being a friendly dog lover who always greeted his pet. Bryant’s brother is reportedly a police officer with the NYPD. His neighbor Marcus Sinsurin told reporters that he talked to Bryant’s brother on June 16. “I spoke to his brother last night. The brother said they haven’t given him an answer for what happened yet.”

A memorial was set up in front of Bryant’s parent’s home in the Bronx. White candles and a bottle of Guinness, reportedly Bryant’s favorite beer, were left on the front stoop. The New York City Police Department is investigating Bryant’s death.