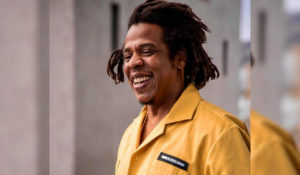 A bill was passed in the New York Senate prohibiting prosecutors from using lyrics rappers use in their songs as evidence against them in a criminal trial. The bill now heads to the state assembly, where it will become law if it passes there.

Senate Bill S7527 (“Rap Music on Trial”) was passed by a 38-23 vote. This bill “limits the admissibility of evidence of a defendant’s creative or artistic expression against such defendant in a criminal proceeding.”

“Rather than acknowledge rap music as a form of artistic expression, police and prosecutors argue that the lyrics should be interpreted literally—in the words of one prosecutor, as ‘autobiographical journals’—even though the genre is rooted in a long tradition of storytelling that privileges figurative language, is steeped in hyperbole, and employs all of the same poetic devices we find in more traditional works of poetry,” the letter read.

“This tactic effectively denies rap music the status of art and, in the process, gives prosecutors a dangerous advantage in the courtroom. By presenting rap lyrics as rhymed confessions of illegal behavior, they are often able to obtain convictions even when other evidence is lacking.”

The legislation was written and supported by Sen. Brad Hoylman (D-Manhattan), Sen. Jamaal Bailey (D-The Bronx), and Assemblymember Catalina Cruz (D-Queens). It was first proposed in November. In January, it passed through the New York Senate Codes committee, according to Rolling Stone, and was headed for a full vote on the Senate floor.