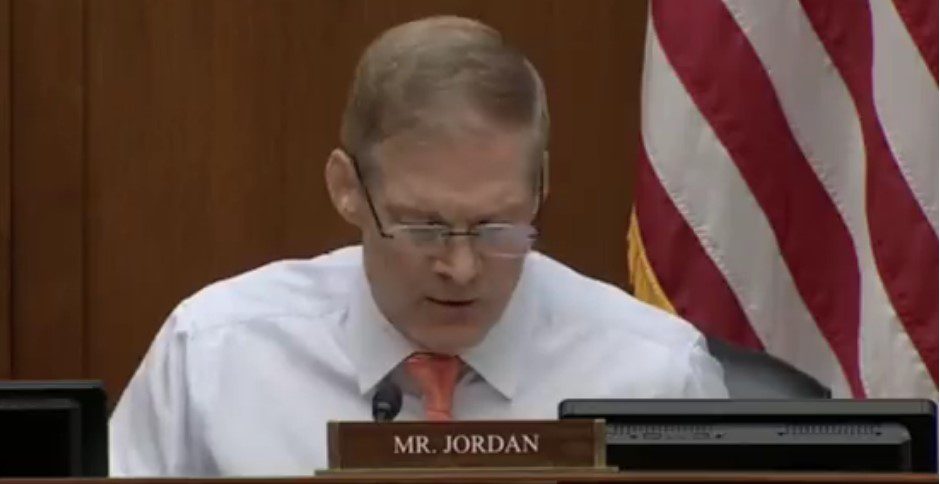 During a House hearing on the Washington Commanders’ workplace culture, NFL Commissioner Roger Goodell had to explain the First Amendment to Jim Jordan.

“But you are responsible for what you say. There are consequences for what you do and say” — Goodell has to explain the First Amendment to Jim Jordan pic.twitter.com/a0YWz7v16m

Jordan asked, “You made this statement. We the National Football League encourage all to speak out and peacefully protest. Did you really mean that when you said, Mr. Goodell?”

Commissioner Goodell answered, “Yes, I think people are responsible for what they say and what they do. Yes.”

Jordan followed up, “When you said you encourage all to speak out, you meant all, not just some?”

Goodell tried again to explain the First Amendment to Jordan, “That’s correct, congressman, but you are responsible for what you say. There are consequences for what you do, and say, and write.”

The right to free speech is not unlimited. According to the Supreme Court, there are limits on speech that could breach the peace or cause violence. Free speech protections are limited to criticisms and opinions about the government. Goodell was correct NFL players have the right to express themselves, but they are responsible for the consequences of their expression.

Roger Goodell is the same guy who did nothing while the league blackballed Colin Kaepernick for taking a knee during the National Anthem, and his change in position on free speech and player expression only occurred after the murder of George Floyd, but the NFL commission appears to have a better understanding of the First Amendment than Jim Jordan.