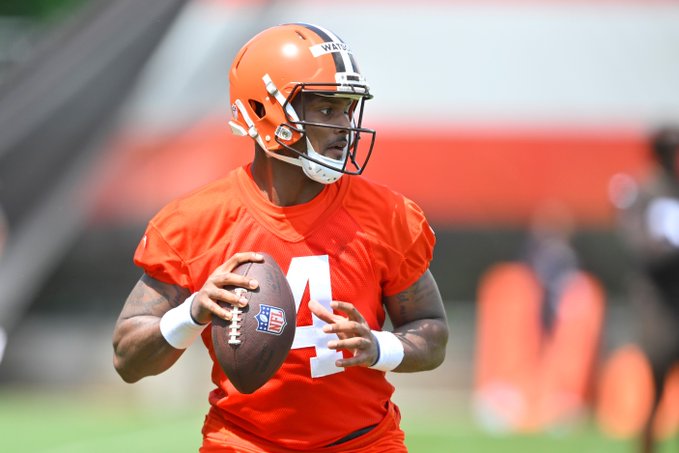 “We’ve seen the evidence,” Goodell said at a press conference on Tuesday. “[Robinson] was very clear about the evidence, should we enforce the evidence. That there was multiple violations here, and they were egregious, and it was predatory behavior. Those are things that we always felt were important for us to address in a way that’s responsible,” according to The Hill.

Seeking a harsher penalty under its personal conduct policy, the league last week appealed the six-game suspension handed down to the quarterback by a retired federal Judge Sue L. Robinson.

Watson is expected to start in Friday night’s game against the Jaguars in Jacksonville despite facing a potentially lengthy suspension. He’s allowed to play in the preseason games and practice following his suspension, which is being appealed by the NFL.

Jacoby Brissett is expected to start when the regular season opens in Charlotte against the Panthers on Sunday, September 11th.

Former New Jersey Attorney General Peter Harvey will hear the appeal.  There’s no timetable on when a ruling will be made.