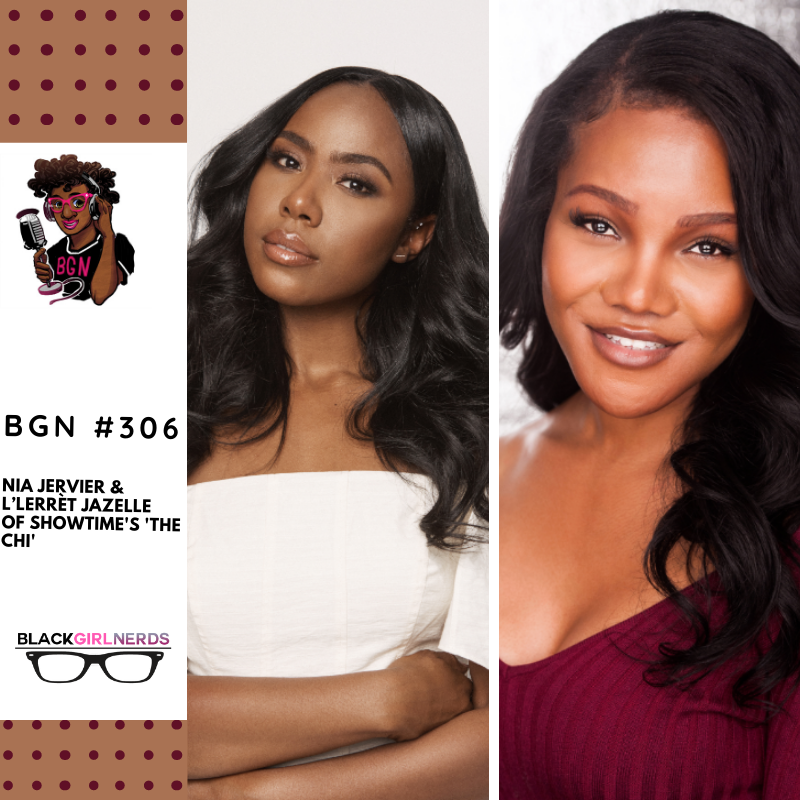 In this week’s episode of the Black Girl Nerds podcast, we welcome actors Nia Jervier and L’lerrèt Jazelle of Showtime’s The Chi.

This season of  The Chi delves deeply into the many joys and complications of Black love: relationships, children, career, community and self.

Segment 1: A shining talent from a young age, Nia is best known for her role in the Netflix series ‘Dear White People’ where she portrayed the role of Kelsey Phillips for three seasons. Most recently, Nia was reunited with Lena Waithe for season five of The Chi. Nia plays Tierra, Douda’s (played by Curtiss Cook) poised, polished and driven god-niece who he recruits for a rebranding effort and to help with Trig’s (Luke James) political campaign. Additionally, Nia starred in an additional Lena Waithe production, on BET’s Twenties as a recurring character.

Segment 2: L’lerrét Jazelle is a classically trained transgender actress born and raised in Baltimore, MD and currently living in Los Angeles, CA. She began her training in 2019 at the Identity School of Acting under the leadership of Anthony Mark Barrow for a little over a year, recalibrated during the onset of the pandemic, and then proceeded to continue her studies in 2021 for six months at the Sanford Meisner Center. She could can be seen on NCIS: Los Angeles and Fox’s 911

The 5th season of The Chi wraps Sunday September 4th.