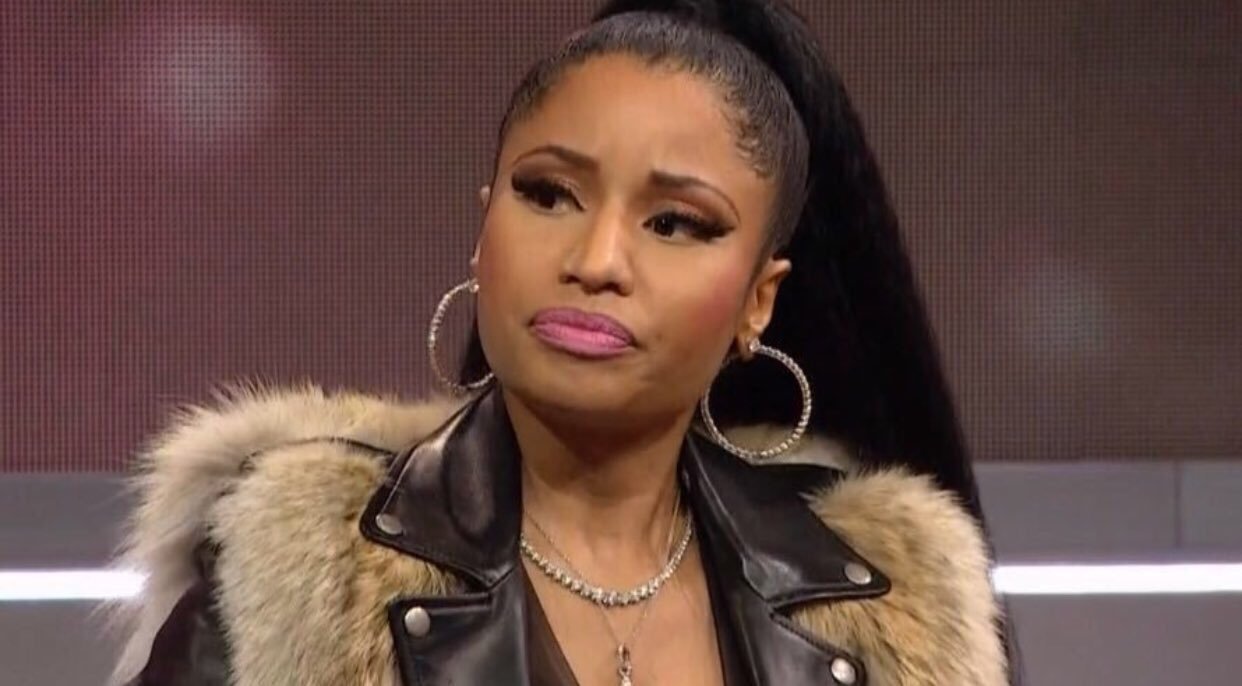 Just a short while ago, Nicki Minaj took to her official Instagram account to air her grievances with the widely used social media platform YouTube, after they sent her a message explaining that they had to age-restrict her collaboration remix video for “Likkle Miss” with the popular dancehall artiste, Skeng.

In the message that was addressed to Nicki and signed ‘The YouTube Team’, they stated that in keeping with their community guidelines, they had to age-restrict the video because “it may not be suitable for viewers under the age of 18.” They followed up by defining the meaning of age-restricted and the next steps for her to take. Some of these included rechecking the community guidelines and making an appeal to have the video restored to all users.

Nicki captioned the post, “imagine this. They restricted my f**king video but have things a million f**king times worse on their BOGUS FKNG PLATFORM. this is what they do to keep you from winning while doing ads for other ppl and posting FAKE FKNG STATS. ?????.” Continuing, the Barbie Dreams rapper stated that the platform is run by the same people who are in cahoots with a particular record company. After a bunch of laughing emojis, Nicki exclaimed in Patois, “GO SUCK OUT YA MUDDA BIG PUM PUM. LYOR IT BETTER NOT BE YOU.”

She made another post with the same featured image being the message from YouTube and continued her rant. Nicki accused, “this was done to stop us from getting a lot of views in the first 24 hours. The DUDS at my label allow ppl to use my videos all the time to promote weak shit but said we can’t buy promo for my videos ?????????????????.” She tagged YouTube in the post and remarked told them to reveal to the masses that they “are in bed with a whole RECORD LABEL & MNGMNT COMPANY!!!!!” She further asked the platform how long they were planning to “play the numbers game” and posture about who is thriving when they are not, Nicki stated that those same persons have been purchasing ad spaces on her channel in order to be promoted.