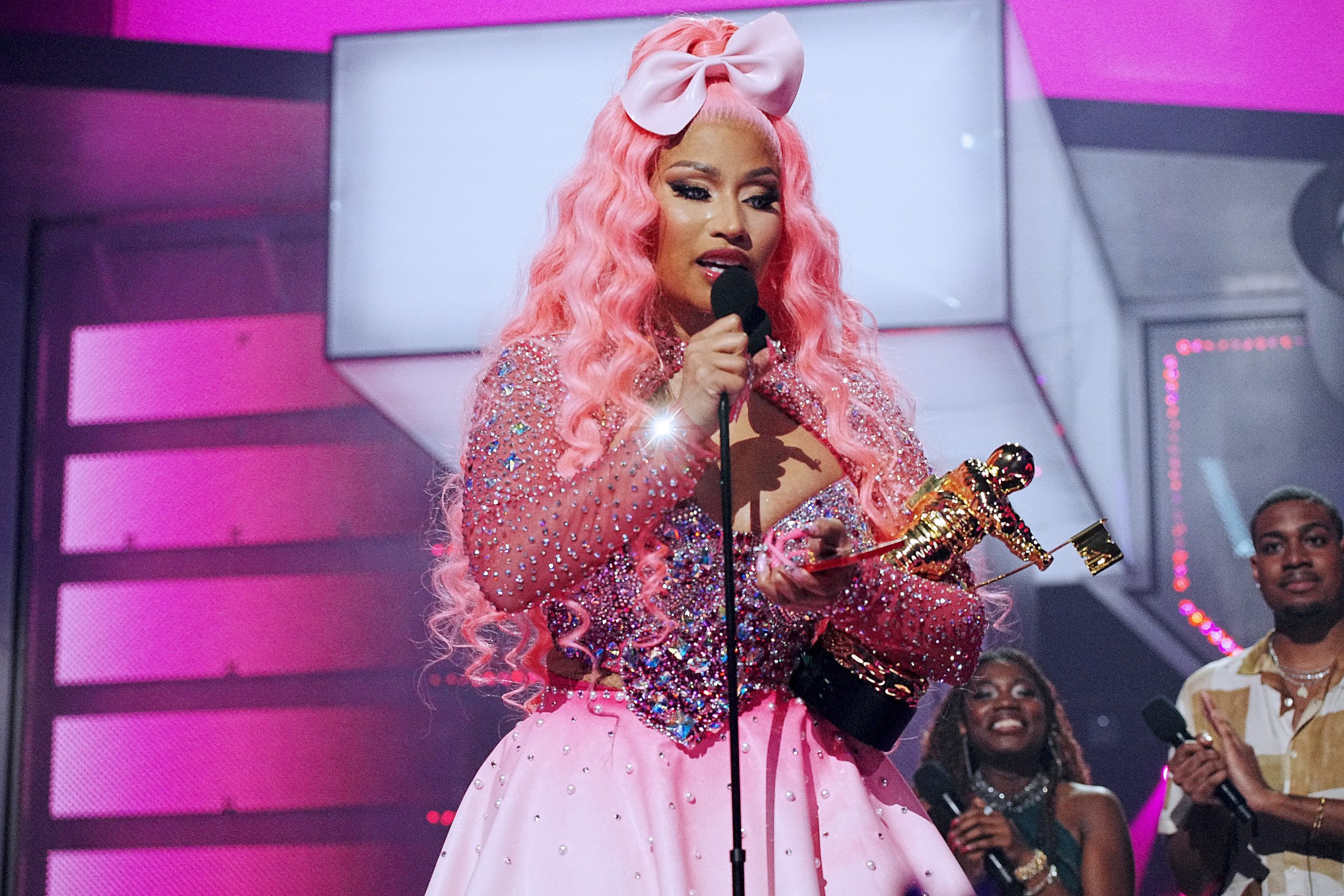 Nicki Minaj is running the rap world right now. This past Sunday, Minaj accepted the Video Vanguard Award at the MTV Video Music Awards, where she also hosted and performed.

Showing that she is still marveling at the moment, Minaj revealed she received flowers celebrating the moment from JAY-Z and Beyonce?.

“Congrats on your beautiful award. Sending you all our love. Hov & B Holla,” the note read.

Additionally, she gave a moving acceptance speech in which she emphasized the value of mental health and thanked her devoted “Barbz” for their continuous support.

Nicki Minaj and her new single “Super Freaky Girl” debuted on top of the Billboard Hot 100. The single is Minaj’s third time on top of the chart, but her first time unaccompanied. She previously appeared alongside 6ix9ine on top with “Trollz” and with Doja Cat on “Say So.”

“Super Freaky Girl” features a sample of Rick James’ “Super Freak” and had a monster week of 21.1 million streams, 4.6 million radio airplay audience impressions, and 89,000 downloads in its first week.

“Super Freaky Girl” is also Minaj’s 21st single to reach the Top 10 of the Hot 100. It is the rapper’s second single to do so this year, following her collaboration with Lil Baby, “Do We Have a Problem.”

In addition to the top of the Hot 100, Minaj’s new single tops the Streaming Songs and Digital Song Sales charts.

Adding to the moment, Minaj topping the charts follows “Break My Soul” by Beyonce? and “About Damn Time” by Lizzo, making for the first time in this century that three solo Black…