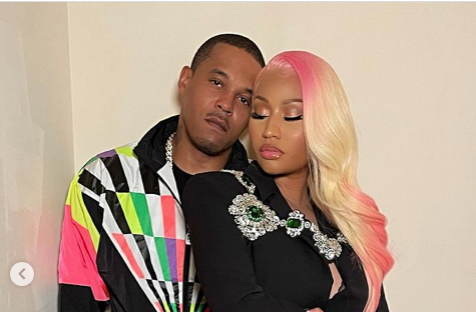 Kenneth “Zoo” Petty, Nicki Minaj’s husband, has been sentenced to three years probation and a year of home detention for failing to register as a sex offender, according to CBS News Los Angeles. In addition, the 44-year-old was ordered to pay a $55,000 fine for the federal charge he pleaded guilty to in September 2021.

Petty has been dealing with this case for more than two decades. In 1995, he was convicted of attempted rape of a 16-year-old girl in 1994. Petty served four years in prison and as a condition of his conviction, he was ordered to register as a sex offender whenever he moves, as previously reported.

The victim, Jennifer Hough, filed a lawsuit in 2021 against Petty and Minaj, accusing the couple of intimidating her to recant her statement. Hough claims they initially offered her $20,000 and later $500,000 to her brother if she followed through. She openly talked about the case and what took place during an emotional appearance on “The Real.“

Hough dropped the case against Minaj earlier this year in January. At the time, her attorney, Tyron Blackburn, said she intended to still move forward in the suit against Petty.

Petty and Minaj went public with their relationship in 2018, after first dating as teenagers. The couple married in 2019 and now lives in California with their one-year-old son, known as “Papa Bear” on Instagram. Following their move from New York, Petty failed to register in the state of California, which led to his arrest by U.S. Marshals in March 2020. The Los Angeles County District Attorney’s office dropped the case, but he still faced federal charges.

Many have been critical of Minaj and Petty’s relationship, worried that his legal woes would taint her successful music career and image. During an episode of “The…