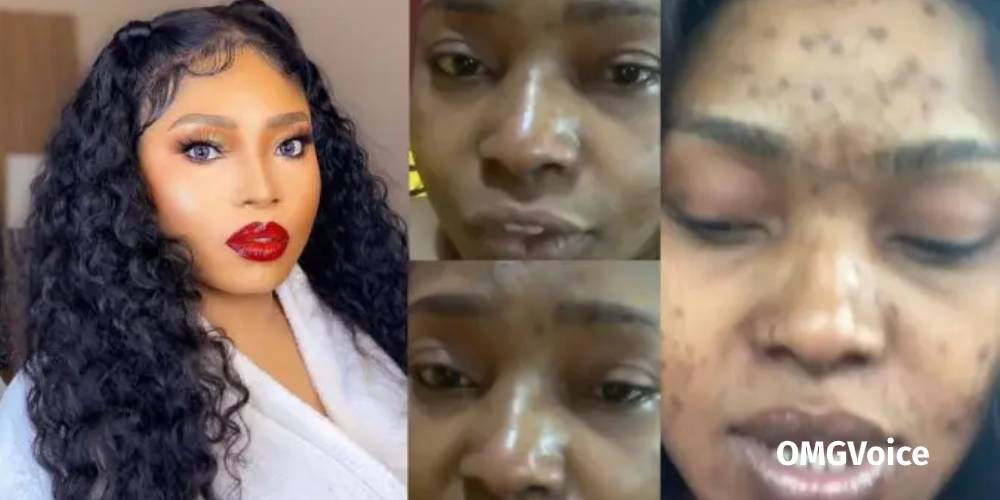 Reports circulating in Nigeria centre around a supposed confession from actress Halima Abubakar.

In a video, Halima allegedly confessed to sleeping with Apostle Suleman for years resulting in a sickness she has not been able to cure since 2022.

Later, it was discovered that she stole another woman’s baby’s photo. She explained that she wanted to keep her baby private by using another baby’s pic.

Per the reports emerging, Halima has done a turnabout to confess that she didn’t have a baby, nor was she pregnant. She disclosed that the lie was to cover up for her bloating stomach that she’s suffering from after sleeping with the man of God, Apostle Suleman.

“According to her, after knacking a pastor for close to two years. He was sponsoring her big time. He bought a house for her and all. She woke up one morning and started having that pain. That was where her woes began, she was carried everywhere, and they all pointed at just one powerful person. According to them, even since the sickness started, the clergyman stopped giving her money completely. Before we know what was going on, she started having protruding belle. The belle grew so big that it looked so much like a pregnant woman.”

The information continued to detail how Halima Abubakar struggled to find a cure to her predicament.

“She was told that her womb got damaged in the process of her 6 months of bleeding non-stop… She was taken to different hospitals and testing for fibroid, but nothing was seen. After a while, the tummy opened, and a lot of things started coming out of the tummy. Then the tummy started reducing. It was in that process she announced to the world that she gave birth and had to pay for a baby just so people won’t question her. A few months after the baby saga, the stomach started growing again. It goes on and off now.”