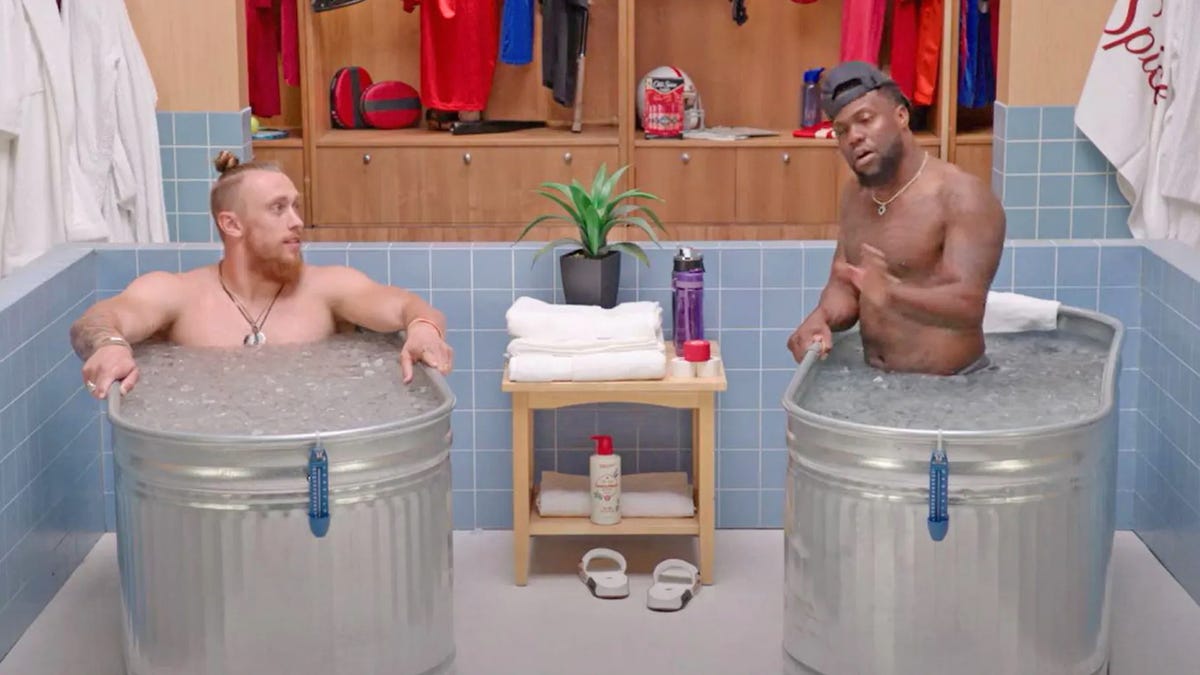 An NFL season with two bye weeks, which the 49ers tight end advocated for on comedian Kevin Hart’s Cold As Balls show, could solve some scheduling and logistical issues for the league as well as allow athletes to have more time to recover during the season.

Niners TE George Kittle has been in the league for five years, and told Hart that “there is a huge physical toll” in playing 17 games with only one week off. The 17-week regular-season schedule was a new development this past season from the previous 16 games, and the physical toll gets even greater when considering the new expanded playoff format.

As for the scheduling and logistics — bye weeks don’t always line up with Thursday night football matchups, which often forces athletes to play two full games within four days of each other, giving them nowhere near enough recovery time, and thus diluting the product. Although I understand that scheduling is more complicated than I’m about to make it sound, lining up bye weeks to be before Thursday night games could raise the quality of Thursday Night Football and allow the athletes to regain their health, and could be a more realistic possibility with two byes throughout a 19-week season.

Adding an extra week to the season would also give the fans a huge win by placing Super Bowl Sunday on Presidents’ Day weekend. As Americans have been wishing and praying and advocating for years for the Monday after the Super Bowl to be a national holiday, we’d get a built-in long weekend with the regular season extended by one week.

However, the current collective bargaining agreement is in place until 2030, so Kittle and other supporters of the double-bye might have to find alternate pathways to negotiating that extra time off.

The league did move to a two-bye schedule in 1993, which then-commish Paul Tagliabue said would “allow for greater scheduling flexibility, ease the player injury factor and reduce team travel burdens.” That all sounds like it would still be pretty relevant to today — but unfortunately, the extra byes in 1993 were a…