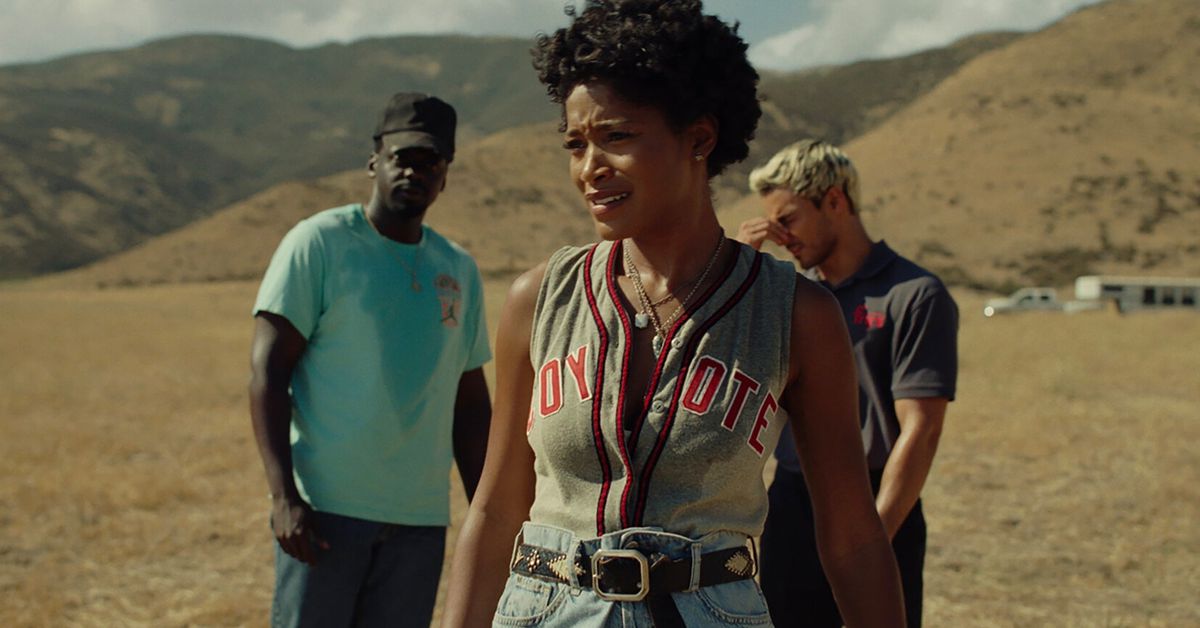 ‘Nope’ With Jordan Peele! – The Ringer

Nope, Jordan Peele’s third feature film as writer-director, is in theaters now. Sean and Van Lathan dig into this complex, fascinating extraterrestrial tale (1:00), before Peele himself joins to talk about how and why he made his movie (1:05:00).

Sean and Peele talk about the process and importance of creating images and ideas that endure beyond the run of a film.

Sean Fennessey: So Get Out and Us both had, I think for lack of a better word, viral moments, catchphrases, images that we see over and over again—obviously Get Out especially kind of emerged as this object of social-media fascination as much as film appreciation. Is that in your head at all? Do you think, “I have to have something like that in my movie. Do I need to create a moment that’s going to make the movie resonate beyond just when you pay at the box office?”

Jordan Peele: Yeah. I mean, you do. You’re trying to make an onslaught of perfect cinematic moments. Sometimes there are things that catch and become memed that you’re not necessarily expecting, or kind of catch its own thing. But, it’s all about the theatrical experience, right? There’s movies, [Quentin] Tarantino and David Lynch and Paul Thomas Anderson, just people who you’ll sit in a film [by them] and you just don’t know what’s going to happen next. It’s just very simple, you just don’t know—and they’ve taught you not to know. They’ve taught you not to know. And that, to me, there’s nothing better. There’s no better gift that a director can give me as a viewer, and I think that a viewer can give a director, is that my eyes are open and I’m ready. I’m ready to not be ready.

Fennessey: Tell me about visual design, because without spoiling too much about this movie, we see some things in the idea of something that’s from outer space, or in outer space, or in the skies, unlike anything I’ve ever seen. I was just talking to somebody else on this show about how there are images in this movie that we…