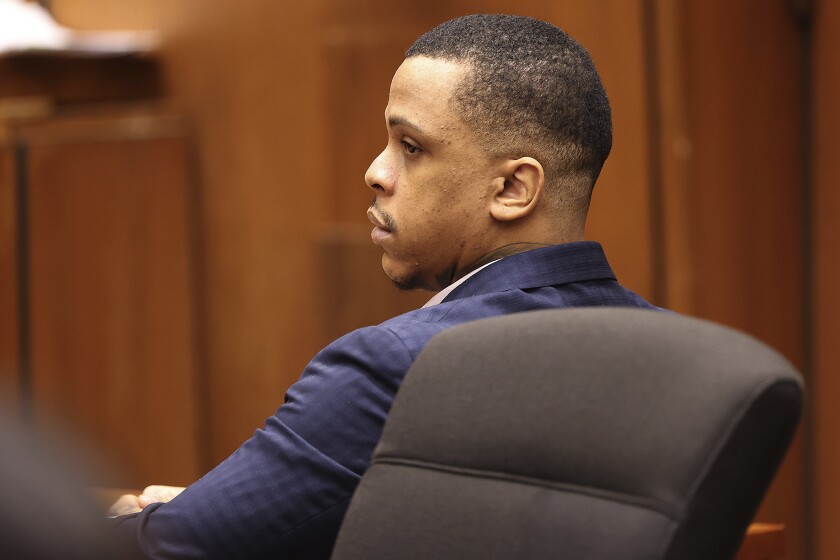 “Not Premeditated, Case Of Heated Passion”

Opening statements took place today in the trial of the man accused of killing Nipsey Hussle, born Ermias Joseph Asghedom. Hussle was shot in 2019 outside of his Los Angeles clothing store,The Marathon at the age of 33.

McKinney stated during his opening statement there’s “no doubt” the suspect knew in advance that he would kill Hussle. “He clearly thought about what he was going to do before he did it.”

He then described the sequence of events, including showing jurors horrific videos and photos of the shooting.

Holder’s defense Attorney Aaron Jansen said the first-degree murder and attempted murder charges are excessive. Jansen argued the killing was not premeditated, and the shooting of the other two men present were not Eric Holder’s intention. Holder faces life in prison if convicted.

Attorney Jansen told jurors in the opening statements that Holder was “triggered” from being called a snitch and “didn’t have time to cool off” before he gunned down Hussle. Adding, “this is a case of heated passion.”

There is speculation that Holder’s defense will make his mental health an issue during his trial. Jansen has said previously “One of the things affecting him [in March 2019] was that his mother had just passed away. He was pretty despondent.”

Holder fled the scene after firing multiple shots at the “Victory Lap” rapper. Caught on surveillance, he was arrested two days later.

Nipsey Hussle left behind his daughter Emani Asghedom, 13 and son Kros Ermias Asghedom, 5 with whom he shares with actor, and longtime partner Lauren London. He won two Grammys almost a year after his murder. Hussle was signed to…