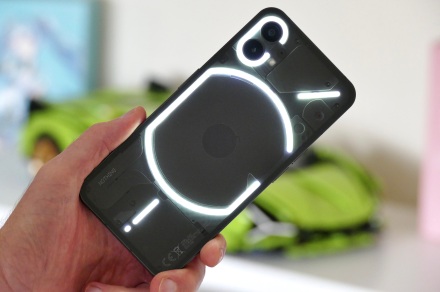 Popular YouTuber Zack Nelson — he of the Jerry Rig Everything channel — promised during a recent teardown of the new Nothing Phone 1 that he would count all of the LEDs that make up the handset’s striking Glyph Interface if the video got at least 50,000 likes.

With more than 100,000 viewers hitting the like button within pretty much a day of the teardown going live, the challenge was on, and on Monday, Nelson posted a video in which he meticulously counts all of the phone’s LEDs.

For those not in the know, the new Nothing Phone 1 is notable for the transparent back that reveals some of the handset’s innards along with multiple strips of LEDs that light up in various ways depending on the type of notification or alert that comes through. The lights also show the phone’s battery level and can even be used to brighten up a subject during low-light photography.

Nelson kicks off the challenge by saying that the company behind the Nothing Phone 1 has already made the claim that it contains “more than 900 LEDs” across the strips on the back of the device. The YouTuber then removes the translucent pieces of white plastic that cover the lights and starts counting “each and every LED.”

The painstaking process takes about 10 minutes, though toward the end it becomes apparent that the count is going to end up way short of Nothing’s claim that the strips contain at least 900 LEDs.

Nelson takes a moment to ponder the unexpected situation. Following a careful examination of the LEDs using a powerful close-up camera, he then notices that they’re actually doubled up along each of the strips, a discovery that instantly increases his count by a factor of two.

So, precisely how many lights are on the back of the Nothing Phone 1? Guess you’ll have to watch the video to find out …