BREAKING NEWS
GMT-4 10:55
Home Economics ‘Nothing Wrong with Being Smart’ 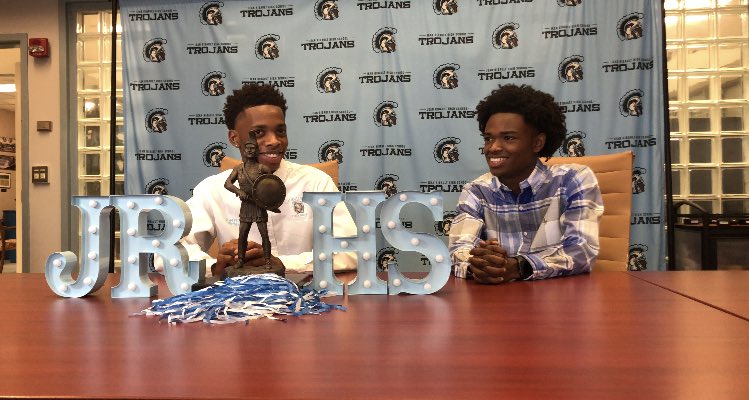 ‘Nothing Wrong with Being Smart’

For the first time in recent history, two Black male students graduated with the top honors at a Jacksonville High School. Despite the school being overwhelmingly Black, the last time both honors went to young men of African descent was in 1985 when Lee Baker (valedictorian) and William Jones (salutatorian) graduated.

Jeffrey Francis and Darrell Worrell graduated in the top two rankings for Jean Ribault High School’s Class of 2022, claiming the titles of valedictorian and salutatorian out of 300 graduates. In addition to making history in this way, Worrell becomes the first person in his family to go to college.

The reports state this has happened only twice before in 1976 and 1985 at the school, whose current school population is 95 percent Black.

For Francis, the valedictorian, finishing school in the No. 1 spot was a dream he’d had since he was a young child. He said, “In elementary school, my sister graduated eighth in her class actually from here — Ribault High School. From there, I kind of aspired to be No. 1.”

Worrell, the salutatorian, also was inspired by a relative. He said his brother told him, “There is nothing wrong with being smart.”

Wearing the honor with pride, Worrell contends this accomplishment is breaking a “generational curse,” saying, “You know, like a lot of my family, some of them didn’t graduate.”

He also notes he will be the first one in his family to go to college.

When asked about achieving the scholastic honor, Worrell spoke about how he worked hard without regard for the title he would eventually claim. He remarked, “Becoming salutatorian kind of more so fell in my lap. I did work hard for it, of course, but it definitely was like ‘oh, I’m moving up in ranks.’”

In addition to extracurricular activities and academic accolades, both Francis and Worrell will be going…