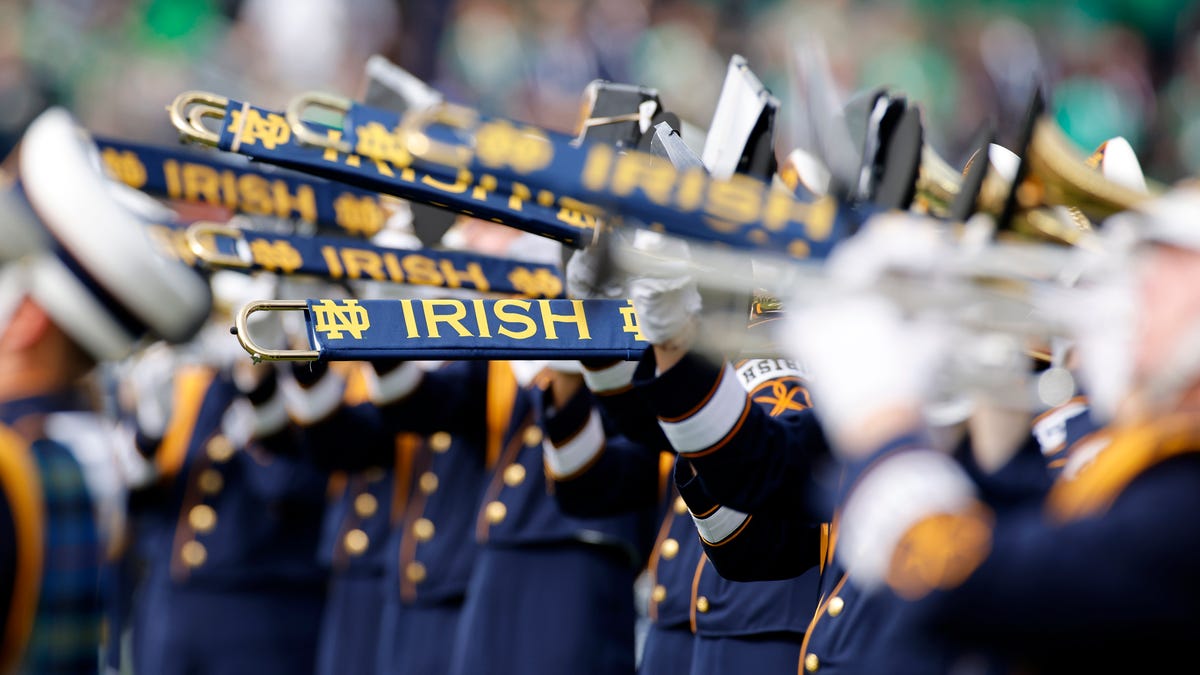 It’s official — 50 years after Notre Dame welcomed the first cadre of female undergraduate students to its campus in 1972, the university has officially changed the fight song, Victory March, to reflect the addition of women.

Can listen to it here.

Only took five decades (kind of).

The line “while her loyal sons are marching onward to victory” has been changed to “while her loyal sons and daughters march onto victory.” This small tweak has actually been around for decades — during my undergraduate years at Notre Dame between 2017 and 2021, I knew several people who sang the “daughters” version of the song loud and proud, and I also know several alumni who sang the “new” version as far back as the early 1980s. The earliest recorded suggestion of the change dates back to 1976, in a letter to the school newspaper from a female student who tossed out the suggestion, writing, “is it too much to rewrite a simple but very traditional fight song and admit that women are here to stay, or would this be the straw that broke the alumnus’ back?” (Unfortunately, the same question has to be asked today.)

The “Notre Dame Victory March” has been around since 1908, and its current tune was composed in 1928, per Notre Dame Magazine. It’s played by the school’s marching band, of course, at the start of every home football game, after every touchdown, field goal, and extra point, and at the end of each game. It’s omnipresent at every pep rally, official school event, sports game, from freshman orientation right up to graduation. Suffice it to say that it’s ubiquitous, as well as one of the most well-known fight songs in college athletics, joined by Michigan’s “The Victors,” which was composed in 1898.

For a school that borders on rabidity about tradition, and that often finds it challenging to embrace change (the football field didn’t change from grass to turf until 2014, and didn’t have a Jumbotron until 2017), this is a pretty major adjustment for the Fighting Irish. It’s a small…