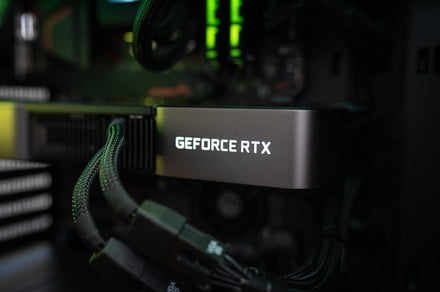 Nvidia has confirmed its keynote for the upcoming Computex 2022 event, which will take place on May 23.

Team Green will “present how AI is powering the enterprise data center and the latest products and technologies for gamers and creators.“

The announcement also indicated that there will be a range of upcoming technologies and products (from various different segments) that will be detailed due to the stacked speaker lineup:

Notably, out of the aforementioned six Nvidia executives who have been invited as the speakers for the CEO Keynote, Fisher stands out the most.

As VideoCardz aptly highlights, Fisher made an appearance at Nvidia’s CES 2022 conference in order to introduce one of the most powerful graphics cards currently available, the GeForce RTX 3090 Ti.

So, is Nvidia finally set to unveil its next-gen RTX 40 GPUs that we’ve heard so much about as of late? We’re not sure, but Fisher’s presence may mean that Team Green could be preparing to detail its upcoming products in the GPU space.

The GeForce executive suggested as much with an official quote. “Nvidia and our partners will be announcing new developments and products on both the enterprise and consumer fronts at the show,” he stated.

That said, don’t be surprised if the next generation of GPUs fails to be mentioned at all. Judging by the number of speakers who are from Nvidia’s AI department, the blooming artificial intelligence field will clearly be the main highlight of the presentation. A tease for Ada boards could be in the cards, though.

Jeff Fisher, senior vice president for GeForce, revealis an RTX board at Computex 2021

AMD and Intel join the fray

Nvidia’s longtime rival, AMD, is incidentally scheduled to deliver its keynote on May 23 as well. Team Red CEO…