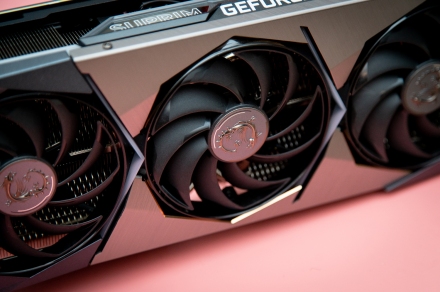 Nvidia’s next-gen RTX 40-series of graphics cards is drawing closer, and as we’re getting there, more benchmarks and speculation about their performance is emerging. Today, we’re getting something completely new — the full AD102 GPU in a gaming setting.

According to this new leak, the alleged Nvidia GeForce RTX 4090 Ti is going to be a 4K gaming beast, unlike anything we’ve ever seen before. Of course, there’s a catch — the card’s monstrous power requirements are becoming more and more apparent.

3090 in Control with the same settings does 72 FPS on Avg so 2.2x gain pic.twitter.com/UdK2kCEXhO

Today’s rumor pertains to the full AD102 GPU, which is going to be the new flagship of the RTX 40-series lineup when it launches later this year. Keep in mind that this doesn’t pertain to the alleged RTX 4090, but rather a supercharged version of that card — think something like the current-gen RTX 3090 Ti, but much better. It’s still unclear whether Nvidia will name the new GPU RTX 4090 Ti or if it will make a new Titan card, but one thing is certain — such a graphics card will feature the full AD102 GPU. The chip is rumored to come with as many as 18,432 CUDA cores, marking a 12.5% improvement over the RTX 4090.

According to Twitter leaker XpeaGPU, the full AD102 is going to be one beefy GPU with performance worthy of the best graphics cards. At a “high power draw” setting, the AD102 managed to hit 160 frames per second (fps) in Control when played at 4K resolution. This is with both ray tracing and DLSS enabled, so it’s an impressive score. As noted by Wccftech’s Hassan Mujtaba, the RTX 3090 averages around 72 fps. This implies that the full AD102 GPU might deliver twice the performance of the RTX 3090.

Although such a performance gain seems excessive, this claim falls in line with previous rumors that also said that the graphics card may double the performance of its predecessor. On the other hand, there’s a lot we don’t know about these gaming results, such as the exact game settings or whether…