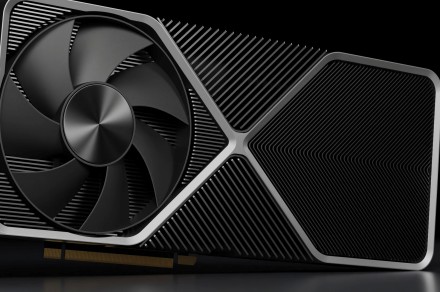 Nvidia’s RTX 4090 breaks all limits in a leaked benchmark

With the predicted launch window of the Nvidia GeForce RTX 40-Series inching closer, we’re starting to hear more about the reported performance of these next-gen graphics cards. Today, we got a real treat — rumored benchmarks of the flagship RTX 4090, spotted in the wild on Chiphell forums.

It’s all good news today. For one, the GPU managed to destroy its predecessors, and two, it hit a clock speed that’s still very rare to see — and that’s just in its engineering stage. Is Nvidia really going to offer as big a performance leap as it seems right now?

It’s worth noting that the GPU is unnamed, but it definitely seems like the RTX 4090. The graphics card was tested in 3DMark Time Spy Extreme and it did very well, although it was paired with a mid-range processor (Intel Core i5-12400F) that didn’t help it achieve a higher score. Judging by the screenshot, the GPU scored 20,192 points, but the overall score is quite low, and this will likely be improved by pairing the GPU with a similarly high-end processor.

Going by the 20,192 score spells good news for the RTX 4090 — it beats its predecessor by a healthy amount. We’ve previously heard whispers of Nvidia’s next-gen GPUs being able to double the performance of the RTX 30-Series, and we’re not quite hitting those numbers, but it’s definitely close. VideoCardz notes that the GPU is 78% faster than the flagship RTX 3090 Ti and 90% faster than the RTX 3090.

Aside from the benchmark score, the leaker shared tantalizing details about the clocks and the temperature of the GPU. The graphics card managed to hit 3,015MHz in this test, meaning it surpassed the 3GHz barrier that was previously only speculated about. This is especially exciting when you consider that the leaker is presumably using an engineering sample, so the real performance of the card could be even better.

In terms of temperatures, the leaker revealed that the tests were conducted at a 30-degree Celsius ambient temperature (86 degrees F). The graphics card temps hovered around the 65°C mark, although at times, they did go higher. This GPU was air-cooled and the…