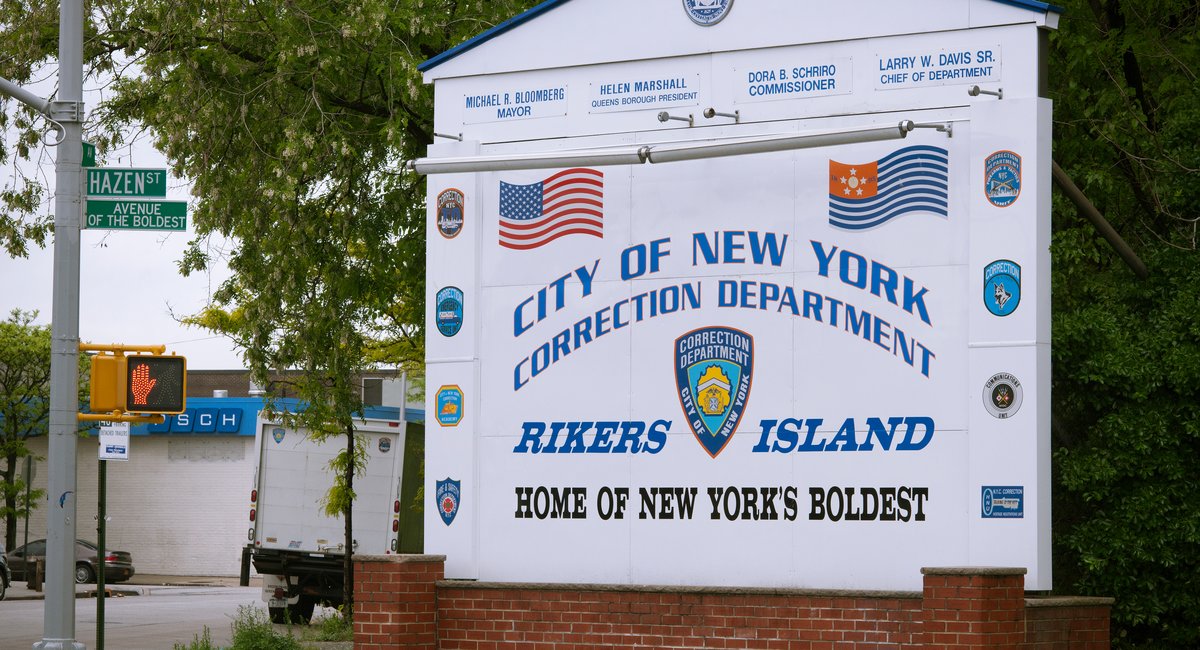 According to the Department of Justice, prosecutors say Krystle Burrell and Katrina Patterson accepted a total of $44,000 to bring narcotics and cellphones into the facility.  The duo was reportedly taking bribes from bloods gang members, with Burrell helping one inmate facilitate business.

Krystle Burrell, 35, pleaded guilty to bribery, admitting that she accepted nearly $10,000 in bribe payments from her co-defendant Terrae Hinds in exchange for smuggling unauthorized cell phones into the Anna M. Kross Center at Rikers. She also facilitated Hinds’ sale of narcotics and other contraband items at the facility.

Katrina Patterson, 31, had previously admitted to accepting $34,000 in bribes when indicted on Aug. 16. Patterson was smuggling contraband into the Robert N. Davoren Center on Rikers Island for her co-defendant Michael Ross. Ross, who is a Bloods gang member, has also pleaded guilty to a bribery offense and is awaiting sentencing.

“The defendants threw in their lot with Bloods gang members and betrayed their sworn duty to maintain the safety of incarcerated individuals and other correction officers at Rikers Island by smuggling cell phones and drugs into the jail,” stated United States Attorney Breon Peace.  “This Office and our law enforcement partners are committed to rooting out corruption at Rikers Island.”

“When correction officers betray their oath to serve and protect, the public is put at risk and the entire law enforcement community is tarnished,” stated NYPD Commissioner Keechant Sewell. “We have zero tolerance for such misconduct. With today’s guilty plea, Ms. Burrell joins Ms. Patterson in publicly acknowledging that their actions were immoral, unethical, and without integrity – diametrically opposed to the core requirements of our profession.”

When sentenced, Burrell faces up to ten…