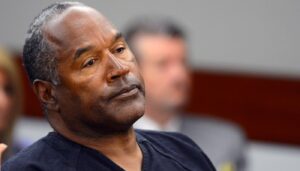 Heisman Trophy winner O.J. Simpson took to Twitter on June 30 to clarify his opinion about defunding the police.

Simpson was infamously acquitted in 1995 of murdering Nicole Brown-Simpson and Ronald Goldman after his lawyers accused the Los Angeles Police Department of a frameup.

He was later found guilty in a civil trial and ordered to pay the Brown and Goldman families $33.5 million per ABC News.

Simpson posted a video noting he was against defunding the police but supported redirecting funds to expanding internal affairs departments on June 29.

“I see in Los Angeles they voted to defund the sheriff’s department,” he said. “I think that’s all wrong. I spent a little time in one of our institutions and trust me, we need police. We need the sheriff’s department. I always say that they should just redirect some of those funds to better training and expanding internal affairs. But defunding the police as a whole or the Sheriff’s Department as a whole? No.”

Trust me. We need them! pic.twitter.com/uXpqHLFWBR

Simpson said he wanted to clear up the comments after he was criticized for his support due to his history with the LAPD. The former Buffalo Bills’ running back was accused of stabbing Brown-Simpson and Goldman to death on June, 12, 1994, in Los Angeles during a jealous rage. The prosecution presented 911 calls placed by Brown-Simpson during the trial and other evidence of the domestic violence she suffered by Simpson.

The defense accused the LAPD of planting evidence after finding proof that detective Mark Fuhrman, who found a bloody glove on Simson’s property, was a racist who applied for a disability pension due to his hostility towards Black people. Simpson’s lawyers also had recordings of Fuhrman using racial slurs after he’d testified that he’d never used them.

Another detective on the case, Philip Vannatter, admitted to breaking protocol when he brought Simpson’s blood from the police station to the crime scene. He also admitted to taking home evidence, and Simpson’s team created enough reasonable doubt…