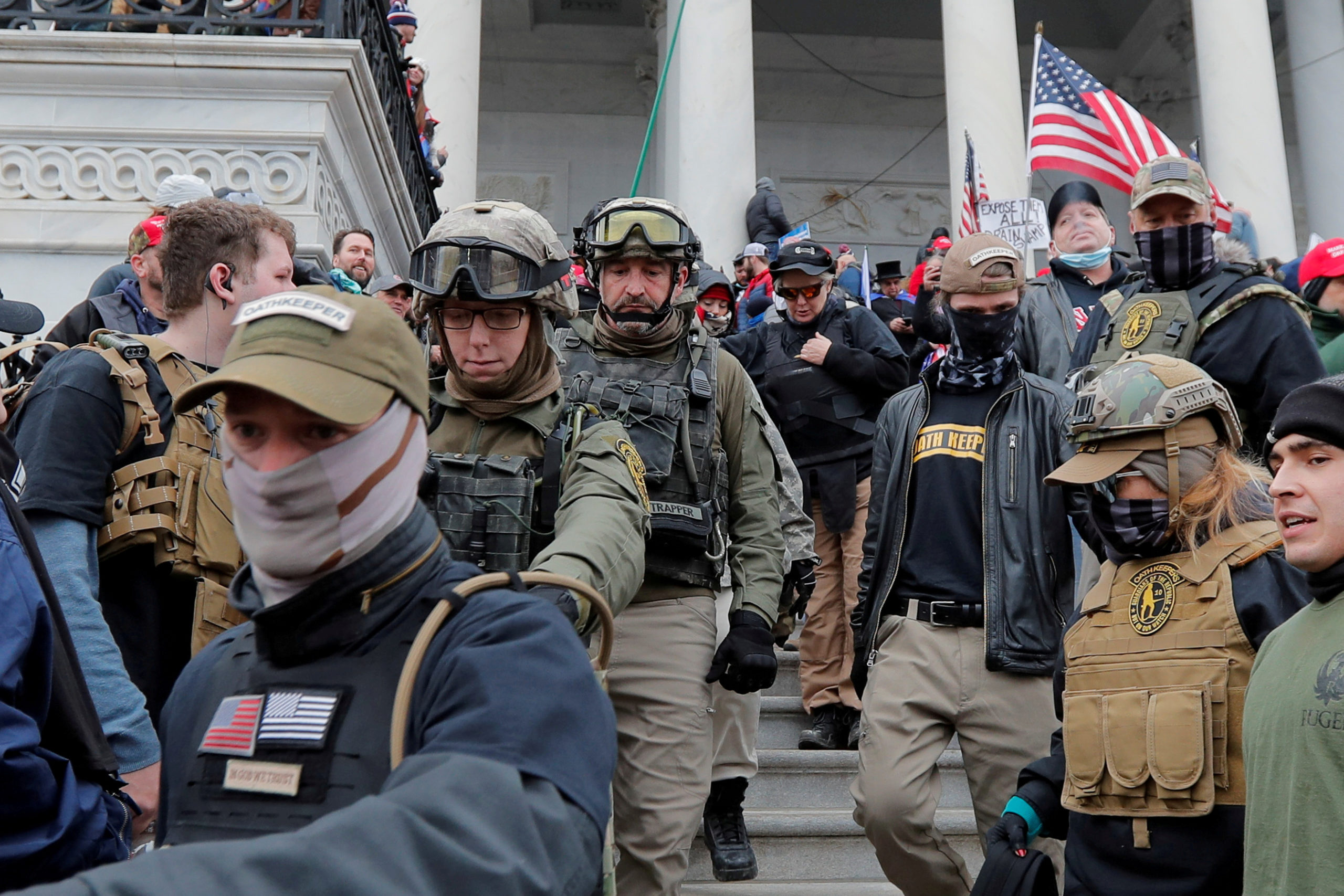 In a revelation that may have repercussions that ripple out, possibly touching upon Trump and other top officials, the DOJ revealed new details as to the Oath Keepers’ plans for January 6th that demonstrate the extremes involved in the original conspiracy. The revelations themselves are shocking and demand national attention but also call for an immediate investigation as to whether the conspiracy was shared with those higher up who planned the attack on Congress. Clearly, the Oath Keepers were the soldiers. Who were the generals? Did Trump know that the Oath Keepers were prepared to go to these lengths and did Trump approve of such actions? According to CNN:

The Justice Department released new details Friday evening of the alleged extensive planning by the Oath Keepers to prepare for violence in Washington, DC, on January 6, 2021, including lessons to conduct “hasty ambushes,” a “death list” of Georgia election officials and attempts to acquire homemade firearms.

The details, many of which have not been alleged publicly before, were revealed in a court filing from the government, which includes a list of evidence that prosecutors intend to use against the Oath Keepers during their trial in September.

Cassidy Hutchinson opened the door to serious conspiracy charges that center upon Trump himself, the knowledge that violence was imminent, and a desire to lead it. If the Oath Keepers shared their plans with Roger Stone (as an example) or through the “Rosetta Stone” Mark Meadows, it takes the conspiracy to an entirely new level. Recall that the Oath Keepers spoke to someone in the White House prior to January 6th. Did they speak to Mark Meadows? Did Meadows relay what they discussed? From a May 2022 HuffPo article: