BREAKING NEWS
GMT-4 04:26
Home Entertainment Official From The Texas Department Of Public Safety Speaks About Law Enforcement’s Delayed Response In Uvalde Mass Shooting—”It Was The Wrong Decision…There’s No Excuse For That” 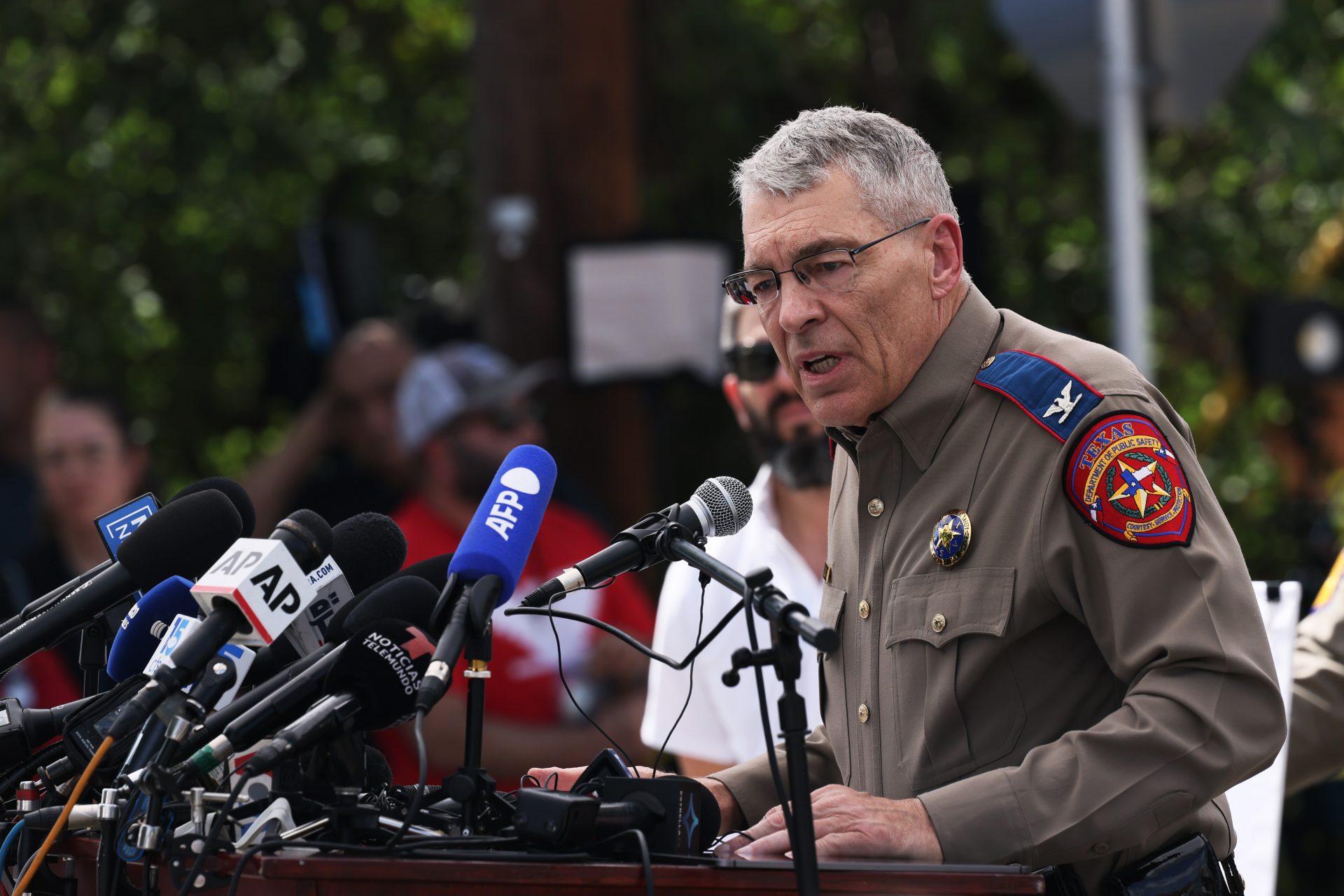 During a press conference earlier today, Steven McGraw, the Texas Department of Public Safety Colonel, acknowledged the failure of local law enforcement to immediately enter the classroom door before the Uvalde mass shooting at Robb Elementary School when they were alerted that Salvador Ramos was actively shooting inside. Colonel McGraw also outlined the specific timeline of events leading up to the Uvalde mass shooting and the moments after.

Noting the national outrage at the local police response regarding the Uvalde mass shooting, Colonel Steven McGraw stated the following:

“[We thought] there was time to retrieve the keys and wait for a tactical team with the equipment to go ahead and breach the door and take on the subject. From the benefit of hindsight, where I’m sitting now, of course, it was not the right decision. It was the wrong decision, period. There’s no excuse for that. But again, I wasn’t there.”

He continued, adding “We believe there should have been an entry as soon as you can. When there’s an active shooter, the rules change.” McGraw was hounded by angry parents who are holding the Uvalde authorities responsible for not acting in time.

It was also revealed during the press conference that police officers initially drove right past Ramos as he was headed to the school and he was allowed to enter the school building without being stopped.

As more details emerge surrounding the Uvalde mass shooting, the criticism of the lack of police action in a timely manner continues to be an intensely heated topic—and will likely continue for some time.