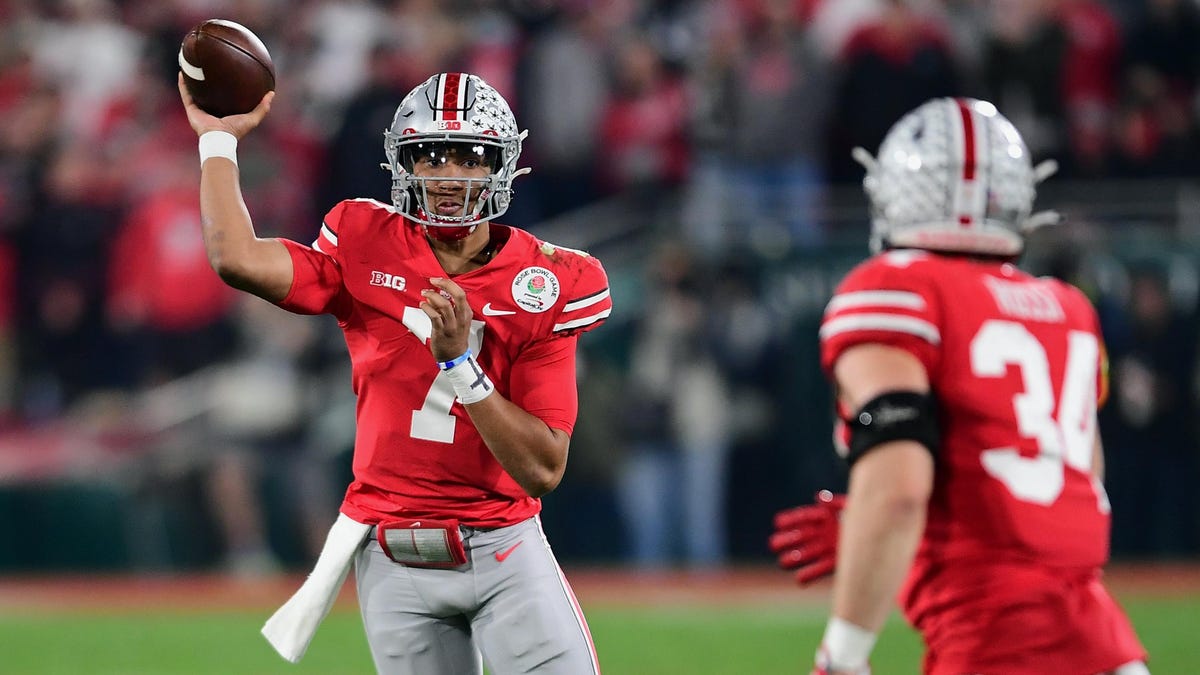 How warranted is the Heisman hype for CJ Stroud?Image: Getty Images

The Heisman chase is officially underway, as sportsbooks have declared Ohio State quarterback CJ Stroud the early favorite. He’s not just a favorite though, he’s an abnormally huge favorite. According to OddsChecker US, Stroud is being given +200 odds (or a 33.3 percent chance) to win the Heisman. Those are the best odds for a preseason favorite since 2010.

That said, the people behind him aren’t too far behind. Alabama’s Bryce Young is being given +400 odds (or a 20 percent chance). USC’s Caleb Williams is listed at +600 (or a 14.3 percent chance). After the big three though, the favorites take a massive tumble. Clemson’s DJ Uiagalelei is fourth with +2500 odds, just a 3.8 percent chance to win. Then it’s Oklahoma’s Dillon Gabriel and Alabama’s Will Anderson at +3000, showing that sportsbooks don’t expect much competition for the award this season outside of the top three.

While I’m a big believer in CJ Stroud, the Heisman odds he’s being given make me feel a little uneasy. Historically, preseason Heisman favorites tend to fall way short of their season expectations. Since 2010, not a single preseason Heisman favorite has won the award. While Stroud’s +200 odds are the best of any preseason favorite by a wide margin, that doesn’t really mean anything. The award has always been notoriously difficult to predict. Stanford’s Andrew Luck was supposed to be a shoo-in for the award back in 2011. He didn’t win; Baylor’s Robert Griffin III did. USC’s Sam Darnold was supposed to be the 2017 Heisman winner by a wide margin. He didn’t get a single vote at the end of the season.

So, I guess the question is: “How warranted is this Heisman hype for Stroud?” Frankly, I don’t think it is. While there’s no denying Stroud’s talent, we already saw what Caleb Williams was capable of at Oklahoma last year. Despite transferring to USC, he retains his head coach Lincoln Riley, who also moved to USC, and will play in one of the easiest Power 5 conferences in America, the Pac-12. Sure, Williams didn’t have an insanely…