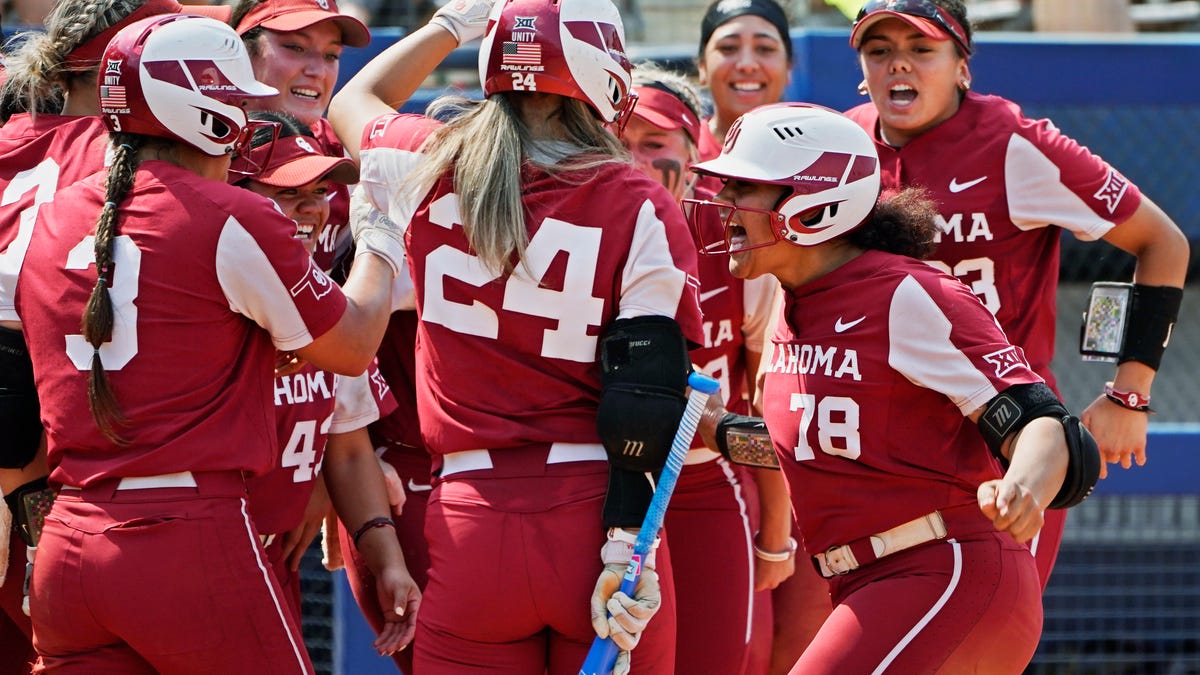 Oklahoma is 54-2 on the year and that doesn’t even begin to explain their dominance.Image: Getty Images

We complain about unbeatable, un-compete-able, unstoppable dynasties in college football, bemoaning how no one will ever be able to be on Alabama’s level, that any championship victory over them is but a blip in their seemingly god-given power. We shook our heads and shrugged our shoulders for years at the Tom Brady-led Patriots, who just never seemed to have an off year. UConn women’s basketball with another ring? When will we ever see parity in the sport?

If reading these upset you, I suggest you don’t look closer at the state of Division I college softball right now. In a record-setting year, the Oklahoma Sooners have dominated a field to an extent that I’m not even sure could be translated into football or basketball terms. It’s not just that they’ve won all but two of their games, it’s that they’ve mercilessly dominated the field. Their record of 54-2 doesn’t even begin to describe it — they’ve run-ruled 38 opponents, amounting to 70 percent of their wins being subjected to the NCAA’s mercy rule, which calls for a game to be stopped if a team is up by eight or more runs after five innings. Scores such as 20-0, 21-0, and 15-1 litter their record.

It has all the markings of an upcoming dynasty the likes of which have rarely been seen — especially considering that they took home the World Series title last year. If they win this year’s title, this will be their second back-to-back championship run, after they took home the 2016 and 2017 trophies. They’d be the first team to get two such repeats since 2000.

The two games they dropped this year were against Texas in the regular season and Oklahoma State in the Big 12 tournament, both of whom did end up making the eight-team World Series lineup, so it’s not that there’s no competition. It’s just that, with their combined offensive strength and pitching prowess, they seem nearly impossible to defeat, especially a second time.