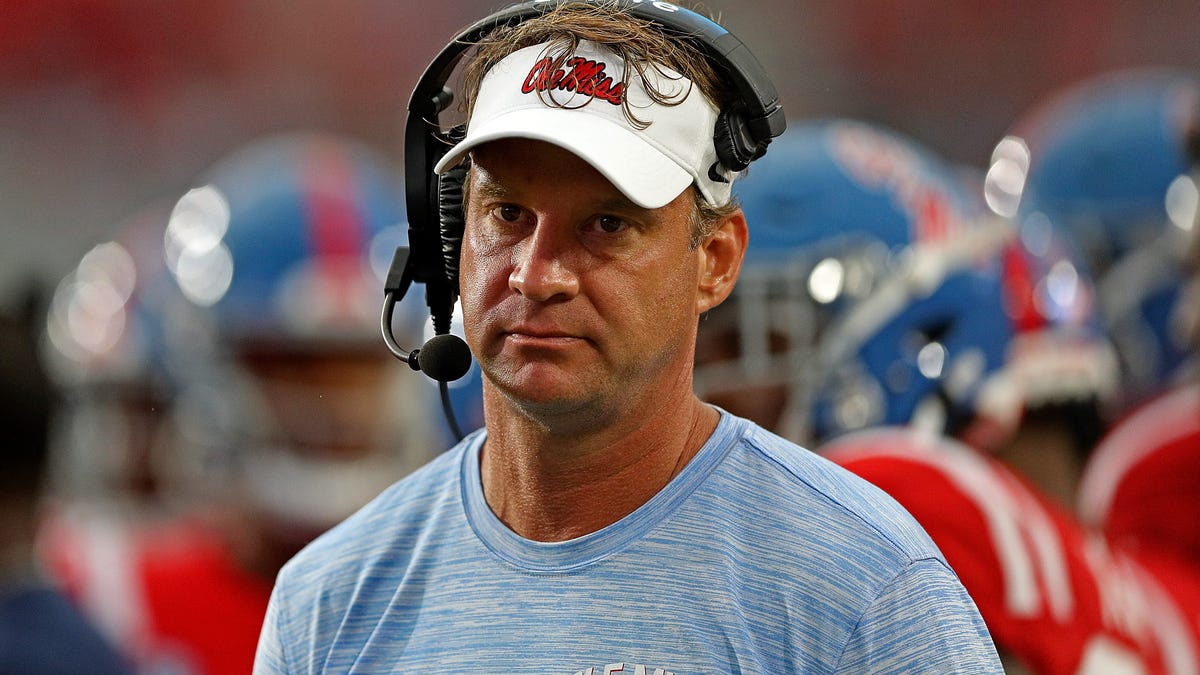 For certain segments of college football fans, Lane Kiffin will forever be an asshole. Tennessee supporters hate losing to Ole Miss like they’re Steve Spurrier’s Florida. Even putting on a Rebels game annoys my UT-alum girlfriend. Kiffin could send a puppy, a stimulus check, and a Tesla to every member of the many fan bases who detest his stupid face and stupider visor, and they’d still be like, “fuck that guy.”

Even when he tries to be nice, Kiffin still comes across as an unrepentant goon. Ole Miss handed Georgia Tech a 42-0 loss Saturday, and on Monday when asked about the quarterback competition that’s risen from the departure of Matt Corral, Kiffin said backup Luke Altmyer only attempted two passes because it didn’t feel right with Yellow Jacket head coach Geoff Collins on the “hot seat or whatever he’s on.”

“I would have liked the opportunity to throw more with Luke, but having empathy for what was going on in that game on the other sideline and the hot seat or whatever he’s on, just didn’t really feel like it was right, where if it was a couple score game Luke would have gotten to throw more there.”

Being a fan of a team that couldn’t stop getting bulldozed Saturday, I appreciate Kiffin not wanting to run up the score. When a team scores 40-plus exerting the same effort it takes an eighth grader to beat up a third grader, there’s no point in making them eat crusty dog shit because you can.

So good on Kiffin for knowing sportsmanship. I just don’t know if he had to explicitly state that it was out of respect for a coach fighting for his job. Publicly stating that you let up during a blowout, and the other team still couldn’t score makes Collins’ situation even more difficult. Not only is the team not living up to his or the university’s expectations, fuck wits like Kiffin are offering handouts like they’re going to save his job. You want to help Collins and the Yellow Jackets? Throw the game.

Alexa?
Has an 8″ HD touchscreen which can let you watch shows, stream things, or even make…