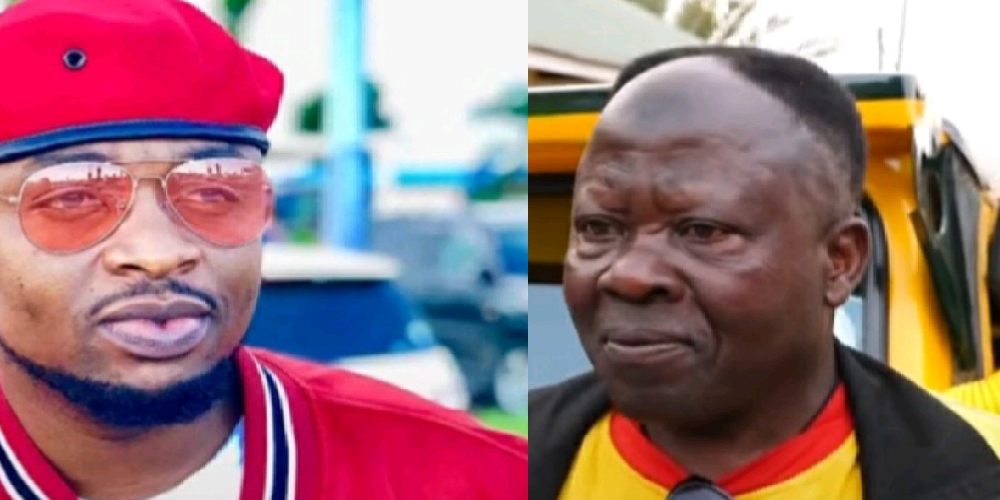 Ommy Dimpoz Painfully Recounts How He Was Abandoned By His Father

Tanzania-based superstar Ommy Dimpoz has taken it to his social media platforms to address videos circulating of his dad with claims of not being a good son.

It was an emotional moment for him as he went down memory lane to recount the nightmare.

“I got raised in an environment where I only saw my mum since I was born to when I was all grown up, and by bad luck, she passed on when I was still in primary school.

During that period, I never saw my dad coming to mourn with me or say sorry for a day; he fled his fatherly duties.

But God, in his sovereignty, made someone that got looked down on to be someone worthy.

He got candid as he stated he was born out of wedlock and his dad has over 15 kids.

The artist continued to express his frustrations as he said now that his father had seen he had turned out to be an influential person in society – he now wants to be part of his life despite rejecting him when he was young.

“But now my father wants to be recognized as the father to Ommy Dimpoz, nothing else.

I want people to understand that in my life, I have never had any closeness with my father. He never raised me nor took me to school; I don’t even have a book that I can say he bought me.

The last time I met my dad was 20 years ago.

“I refuse that my father rides on my name, and the media tarnishes it, to make it clear I have no relationship with him, and none is intending to transpire.

Let God be the judge.”

He urged all parents and prospective parents that the best thing they would ever do for their kids is to show them, love support, and care.

“One thing I have seen, and I would love us to learn, especially to those that are parents in the digital era, and also those who are aspiring is that there is nothing better you can do for your child except to show them love, support, and care.”

In the comment section, his fans gathered to give him a pat on the back.