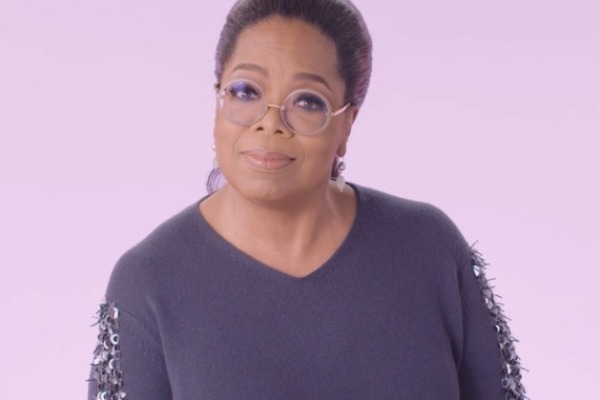 Oprah Winfrey has had a lot of firsts in her lifetime that most people can only dream of achieving. Yet, the uber-successful mogul recently shared an ordinary first that took her fans by surprise.

Winfrey was in full-on domestic mode in her latest social media offering, where she is seen enjoying a day with her best friend Gayle King’s grandson, Luca. The legendary TV show host captured precious moments of her pushing Luca through her garden and helping him to explore her bountiful harvest of vegetables and lavender. “The Color Purple” actress admitted that the outing was quite a milestone for her and Luca, as she revealed it was likely her first time ever pushing a stroller.

“First Harvest Day and garden adventure for Luca and my first time pushing a stroller. Goes to show you that it’s never too late or too early to learn something new,” read the post’s caption. In a video clip, she is heard saying, “This is a first for Auntie O! Auntie O is pushing a stroller, have I ever? I don’t think I pushed you guys. Nope.” Trailing behind her is Kings’s daughter and the 11-month-old’s mom, Kirby.

Fans found themselves in awe of the sweet moments but even more tickled by Winfrey’s admission. “Oprah doing ordinary things should be a show because it’s funny af,” wrote one person.

“This is thee most rich auntie thing I’ve ever heard of,” commented another. Others offered cautionary messages for the soon-to-be 1-year-old. Those messages included, “Luca better hold on for dear life,” and “Luca bet not let Auntie Oprah get on a hill. He’ll be a loose goose. She better put that strap on her wrist, she don’t look like she know what she doing. Lol.”

Winfrey met the grandchild of her best friend of 30 years for the first time in December 2021. The “Greenleaf” executive producer impressed fans with the stringent safety measures she took to ensure everyone was COVID-free prior to meeting the newborn. Since then, she and King have swooned over…