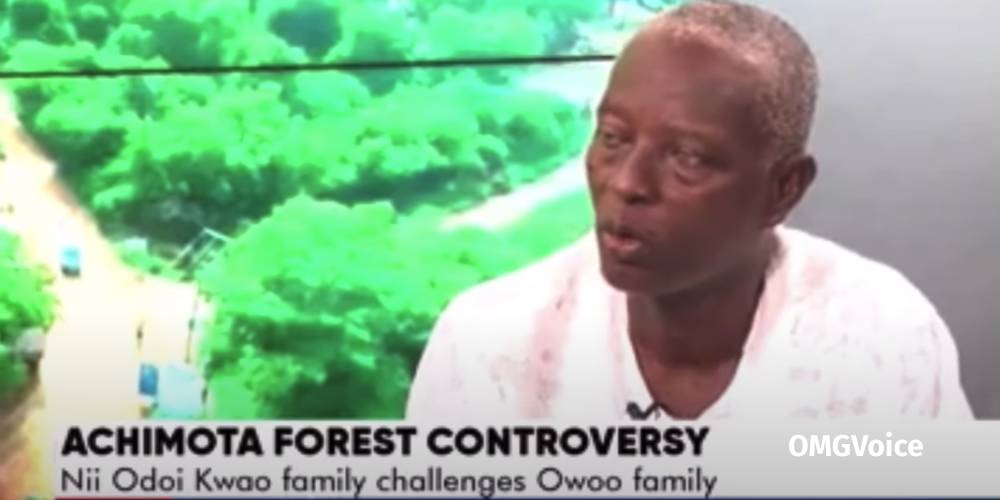 Osu Stool Exposes Government On Achimota Forest “It’s A Scam, There Is No Owoo Family At Osu”

A Member of the Osu stool, Nii Odoi Kwao II, has alleged that the current Owoo family which is claiming ownership of portions of the Achimota Forest Land is a “scam”.

He argued that there is no such family name existing in Osu.

According to him, if the government wants to release portions of the Achimota Forest lands to alludial owners, it should be the people of Osu and not the Owoo family.

“It is a scam [Owoo family name] because Owoo family does not exist in Osu. That is number one and they are saying that the Owoo family petitioned them. I am telling you there are thousands and thousands of petitions that the Accra people have made to the government.

“We are saying that, okay fine we cannot fight government, if government wants to release lands and they are sure they are releasing the lands, it is not to the Owoo family, it should be to the people of Osu,” he noted on The Pulse, Wednesday.

Nii Odoi Kwao II asserted that the man, Nii Owoo died in 1867 without leaving behind any child. Thus, he was not succeeded by any family member.

He explained that at the time of the acquisition of the land, Nii Owoo’s sisters’ children presented themselves as successors to the land. However, they were not given ownership of the land.

“Nii Owoo himself died in 1867 and he had no child at the time of his death, so nobody succeeded him. Nii Owoo has nothing, he joined with the Gbese people. So when this acquisition came in 1921 Nii Owoo’s sisters children constituted themselves into a new Nii Owoo family and came for the land. Now when they came, they came on the ticket of the Gbese Mantse because it was the Gbese Mantse who gave him a place as a refugee to live and that place includes part of the Achimota Forest,” he said.

He added that “if today there is an Owoo family claiming the Achimota Forest land then it is fraud.”

He stated that the Osu stool will seek redress in court and petition the President on the matter.

“We want to go to court. We will be going to court even though we have some reservations and then we will petition the government that fine, if they want to release the land, we…