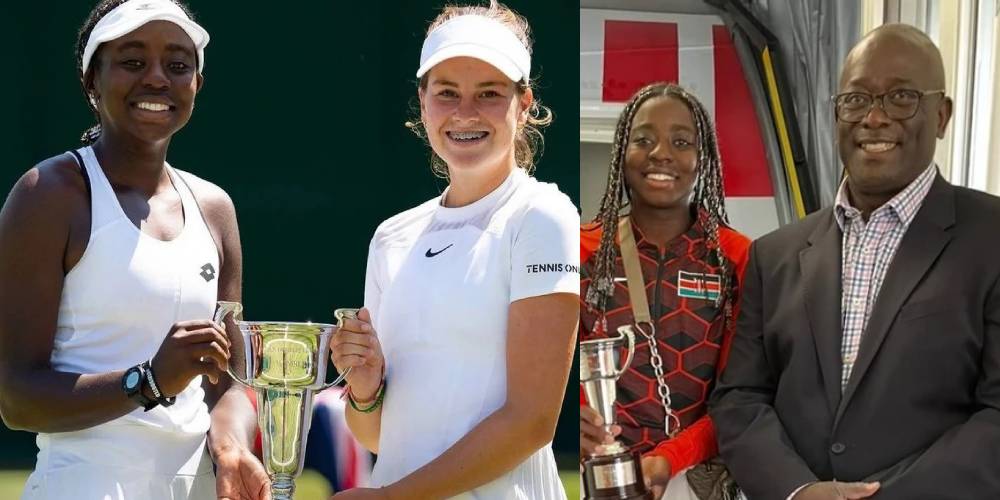 Over 30 US Colleges Offer Scholarships To Okutoyi

Despite being knocked out of US Open Junior Championships on Thursday, Angella Okutoyi had done enough to impress over 30 colleges who have offered her full scholarship opportunities.

Okutoyi and her partner Rose Marie Nijkamp lost in the girls’ doubles match in the second round 7-6, 6-3 against Americans Natalie Black and Piper Charney on the hard courts of Flushing Meadows in New York, USA on Thursday.

The 2018 Kenya Open champion Okutoyi suffered a second round exit in singles against eighth-seeded Australian Taylah Preston 6-2, 6-7, 6-1 after having dispatched German Carolina Kuhl 7-6, 7-5 in the first round.

“Today (September 9), we embark on a tour of colleges. Over 30 college coaches have offered Angie full scholarships to play in their teams. She will be visiting five of them to see if they are a good fit for her future,” Tennis Kenya Secretary General Wanjiru Mbugua-Karani told Nation Sport on Friday.

Okutoyi has shown great promise since she was young, including beating 14-year-olds when she was 12.

She has continued to impress, including becoming the first Kenyan girl to win a Grand Slam match during the Australian Open juniors in Melbourne in January this year when she reached the third round after defeating Italian Federica Urgesi and Australian Zara Larke before being stopped by Serbian Lola Radivojevic.

She went on to compete at the Roland Garros in France where she swept aside Amelie Van Impe in the first round and then lost to Croatian Petra Marcinko in the second round.

In July, Okutoyi made history after becoming the first Kenyan to win a Grand Slam title during the Wimbledon doubles juniors where she teamed up with Nijkamp.

This saw her awarded…