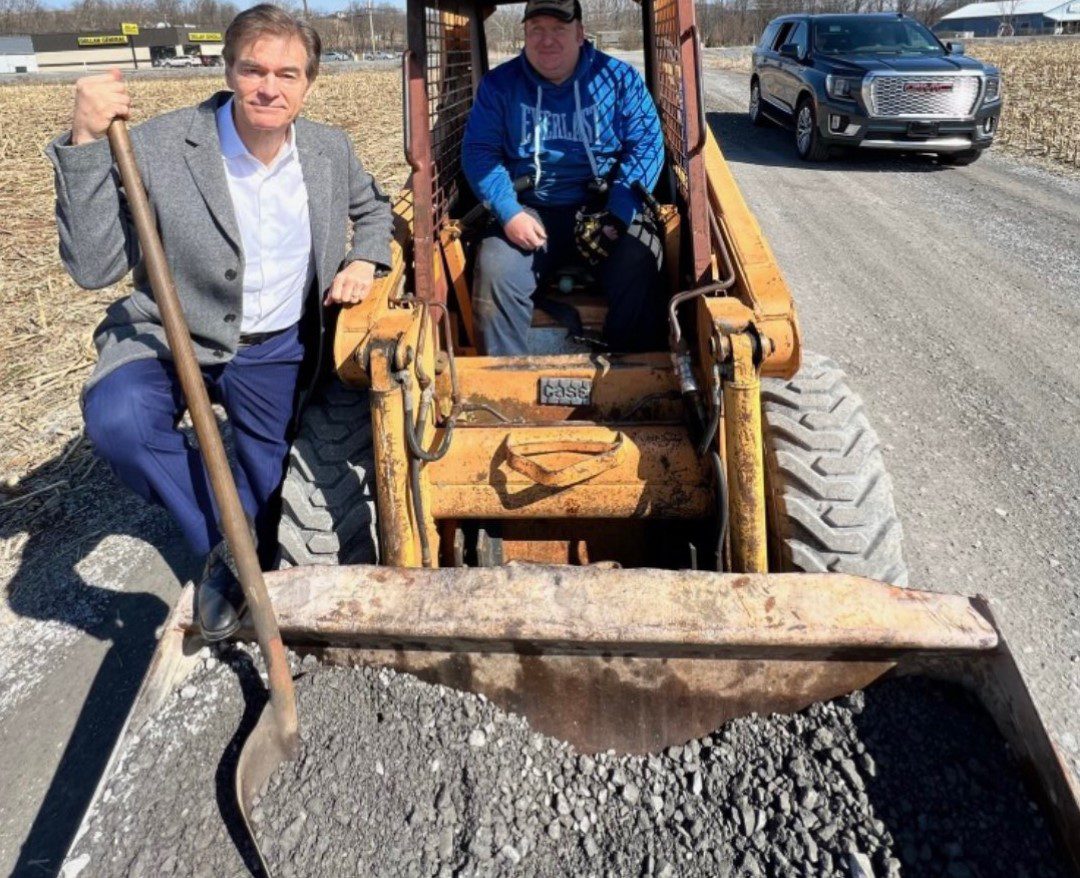 Oz’s ‘Everyman’ Photo-Op Goes Hilariously Wrong After He Leaves His $70,000 Car In The Picture

Mehmet Oz tried to stage a regular guy photo near some heavy equipment, but he left his $70,000 car in the background.

Dr. Oz posing for an Everyman pic with his $70,000 Yukon in the background. pic.twitter.com/s5HrUH7oLF

There is a couple of things wrong with this picture besides the luxury vehicle in the background.

Oz is dressed in a dress shirt, jacket, slacks, and shoes. If the campaign is going to try to make him look like a regular person, then he should be dressed like a regular person or at least lose some of the formal attire. As some who lived in rural Pennsylvania for decades, the number of times that I have seen somebody dress like Oz along the side of the road is precisely zero.

The Republican candidate is standing on PA road in the middle of summer, and he is squeaky clean. There is not a speck of dust or dirt on him.

It seems like he stepped out of a $70,000 SUV and decided to take a photo because that would make him look like a regular fellow and endear him to the state’s voters.

Oz is so transparently bad at being a candidate. He is not fooling anyone in PA, and poorly conceived stunts only serve to alienate further voters who already dislike and distrust him.