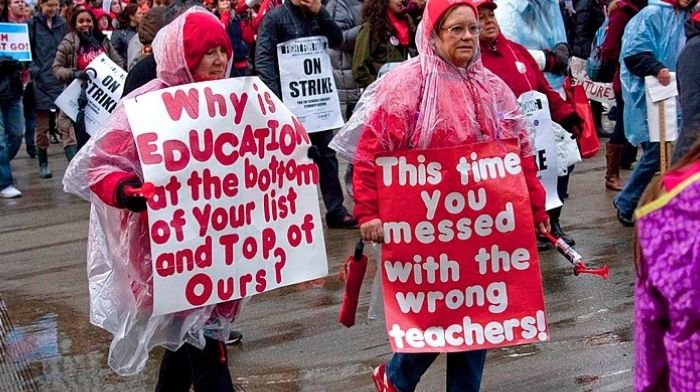 The Pennsylvania State Education Association saw this as an immediate threat and funneled at least $40,000 to back their preferred candidates in Martino’s home school district, Central Bucks.

In the local district, those union-funded, Democratic candidates raised $122,000, compared to the $95,000 raised by the outsider-candidates, and partially funded by Martino.

Two of those union-backed candidates – Mariam Mahmud and Tabitha Dell’Angleo – won. Now Martino has rightly asked those two board members to recuse themselves from the upcoming contract negotiations with… the teachers’ union.

The teacher’s union contract expires on June 30 and Martino argues that those candidates are conflicted.

Review the 2021 Central Bucks School District payroll posted at OpenTheBooks.com. The district employs 1,654 people, for $147.7 million. Top-paid teachers include 367 who made the maximum salary of $112,863.

Neither Mahmud and Dell’Angleo, nor the teacher’s union responded to our OpenTheBooks request for comment.

The #WasteOfTheDay is brought to you by the forensic auditors at OpenTheBooks.com

The opinions expressed by contributors and/or content partners are their own and do not necessarily reflect the views of The Political Insider.