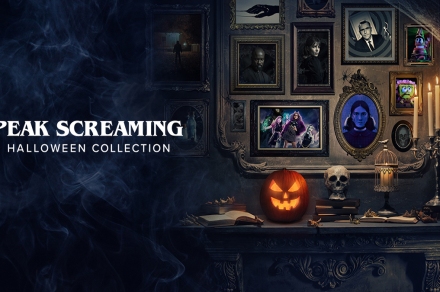 With Halloween next month, Paramount+ announced the return of the Peak Screaming collection. The collection, which launches today, features a wide range of movies and shows specifically curated for Halloween. With double the programming from last year, the collection features new originals, beloved horror films, and Halloween episodes from well-known series.

During the first week of October, two new movies will debut on Paramount+ on consecutive days. Monster High The Movie, a new live-action musical from Nickelodeon, premieres on October 6, and Significant Other, a thriller about a backpacking trip gone wrong, debuts on October 7.

The collection provides a mix of exhilarating thrillers and horror films that will scare just about anyone. A Quiet Place, 10 Cloverfield Lane, World War Z, The Ring, and I Know What You Did Last Summer are all streaming on Paramount+. The collection also has its fair share of slashers from legendary franchises like Scream, Candyman, and The Town That Dreaded Sundown.

In addition to movies, there will be Halloween-specific television episodes to stream. The critically acclaimed Ghosts, which returns for its second season starting September 29, will debut a new Halloween episode, “Halloween 2: The Ghosts of Hetty’s Past,” on October 27. Existing Halloween episodes from famous shows like Cheers, Frasier, Blue Bloods, and Beverly Hills, 90210 are available to stream in the collection.

There are plenty of family-friendly options in both film and television, depending on your fright level. Paw Patrol, Spongebob Squarepants, and Blues Clues are perfect for the younger crowd. The Addams Family, Are You Afraid of the Dark, and Sabrina The Teenage Witch may be more suitable for older children.

The Peak Screaming collection is available to stream now on Paramount+. For more information, click here.