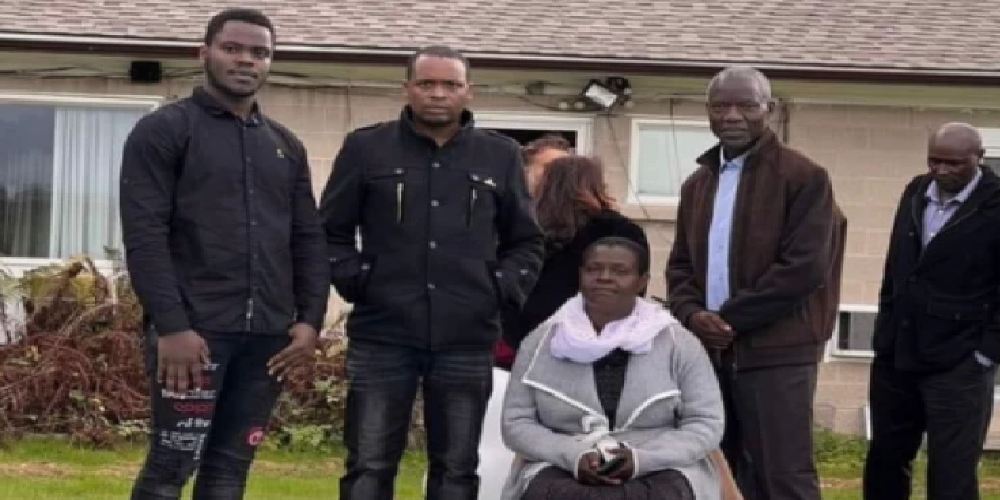 The parents of Hellen Wendy Nyabuto, a 24-year-old Kenyan nurse who died on August 18, 2022 while swimming visited the swimming pool where she perished.

Her parents, reports indicate, were in Canada in an effort to repatriate the body of their kin.

Hellen’s father had previously stated that the family wished for Hellen’s body to be repatriated back to Kenya for burial in accordance with their customs.

“According to our tradition, one is supposed to be buried where he or she was born. I’ll not feel comfortable, psychologically, if my daughter is buried away from Kenya” he said.

The family of the late nurse had started a GoFundMe campaign to help raise the funds that would return Hellen’s body back to Kenya as well as cater for the burial costs, which they finally achieved.

Hellen’s mother is seated beside the pool with her husband beside her, as well as two other men in several photos taken at the poolside.

During the short ceremony, Wendy’s parents could be seen placing flowers at the pool’s 7-foot mark where their daughter is said to have met her end.

The late Hellen Wendy drowned in a swimming pool in Ontario, Canada while live-streaming herself on Facebook.

The videos shared after her passing showed her swimming in a pool before she appeared to slip into the deeper part of the pool where she reportedly drowned.