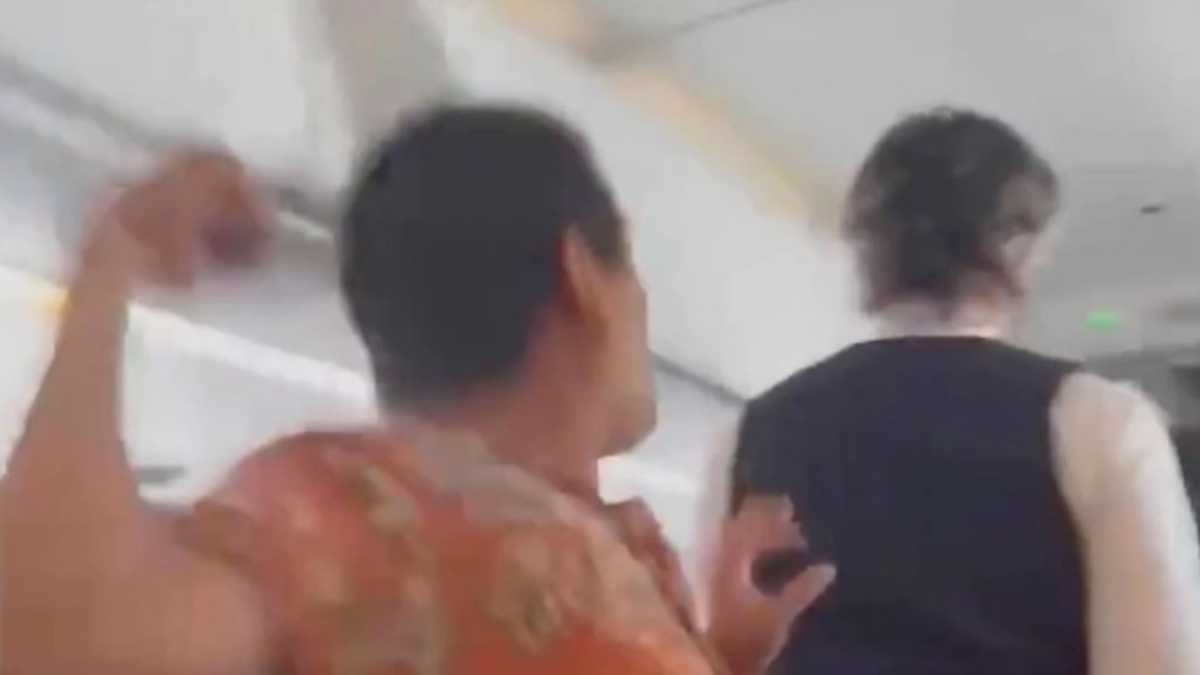 A thirty-three-year-old Californian man faces up to 20 years in prison after attacking an American Airlines flight attendant during their flight to Los Angeles on Wednesday.

According to reports, Alexander Tung Cuu Le was charged with interference with flight crew members and attendants after he physically assaulted a male attendant during his flight from Mexico. Reports state that Le left his seat while the attendants were conducting food and beverage service. Le allegedly first grabbed one of the flight attendants by the left shoulder and asked them for coffee, then shortly after grabbed the attendant by both of their shoulders. Le proceeded to walk to the front of the plane after the attendant had put up a defensive posture.

After loitering near the first-class cabin, Le sat in an unoccupied aisle near the wall dividing the first-class cabin and the main cabin. A different flight attendant requested that he return to his seat, but he did not and stood up, assuming a fighting stance towards the attendant, making closed fists with both of his hands. The male attendant left to report Le’s behaviour to the captain, and it was at this time that Le approached him from behind and punched him in the back of his head. Following the incident, Le was restrained to his seat, his hands and feet bound with zip ties.

Le’s physical assault on the attendant was not his only erratic behaviour during the flight, as a witness reportedly shared with the media that he had whispered, “There are ten killers on the plane,” before the attack. The 33-year-old was detained by the FBI after arriving in Los Angeles, was banned for life by American Airlines, and faces up to 20 years in federal lockup if he is found guilty of his charges.

RELATED: Man Arrested After Stealing Plane And Threatening To Crash It Into Walmart