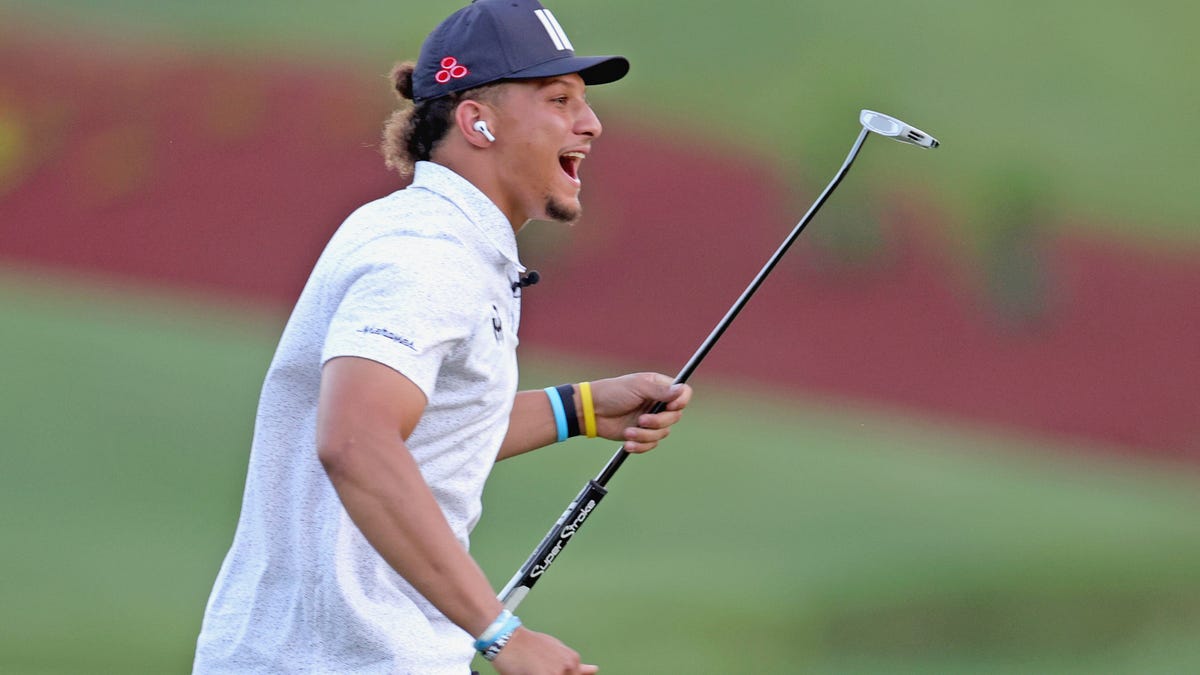 Patrick Mahomes wins over America on ‘The Match”

Patrick Mahomes empties The Trash all over course.Image: Getty Images

Patrick Mahomes may have lost The Match (not in small part due to Josh Allen’s self-described “garbage can” play) but he won over American hearts yesterday for being a true Golfer Of The People. As he was trash-talking not only his opponents but also his teammate, chugging back Coors Light after Coors Light, and hitting 300-plus-yard bombs, Mahomes’ competitive spirit and contagious energy kicked in — it just wasn’t enough to bring home the W.

The Kansas City Chiefs QB was partnered with Buffalo’s Allen (who, in other news, said he throws up before every single football game, ala Bill Russell, Jim Kelly and a few others). The two newbies lost the 12-hole challenge to NFL veterans Aaron Rodgers and Tom Brady in The Match, a charity exhibition that has seen Charles Barkley, Steph Curry, Phil Mickelson, Tiger Woods, Peyton Manning, and more come through its annual event. Mahomes also carried on the greatest tradition of The Match, which began in 2018 — a whole lot of trash-talk.

When asked what he thought Allen’s biggest fear was, Mahomes replied, “a coin toss.”

The Bills-Chiefs playoff matchup caused a lot of uproar over the NFL’s first-to-score overtime rules, in which Mahomes’ team won the coin toss and promptly finished off the game. Seems like the two are on good terms about it (even if Buffalo fans are still sore), and the rules have been changed for the 2022 postseason to allow for both teams to have possession.

Aside from continuing the trash-talk tradition, the beers that Mahomes was pounding back only seemed to make his play better and better throughout the day, after he started drinking following a less-than-ideal first few holes.

“I’ve prepared my whole life for this moment, actually,” he said. “Not the Super Bowl, this.”

In his first ever appearance in The Match, Mahomes proved to be a shockingly good golfer after shaking off the dust, sinking some clutch putts and coming oh-so-close to essentially singlehandedly beating Rodgers and Brady, even with jabs from his opponents and from…