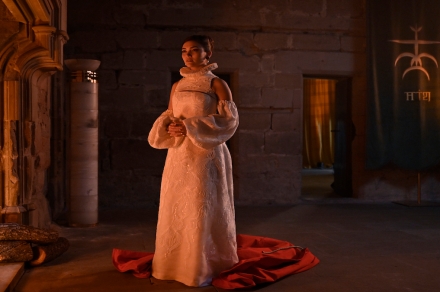 The first footage of Peacock’s Vampire Academy was revealed at the 2022 San Diego Comic-Con. Fans received an exclusive look at the opening 15 minutes of the young adult series, as well as a teaser trailer.

Based on the international bestselling book series by Richelle Mead, Vampire Academy centers around the friendship between Lissa, a Royal vampire, and her best friend and guardian, Rose. The two girls search for answers about their supernatural bond while navigating romance, politics, and magic at their vampire boarding school. The students also face an impending threat from the Strigo, the group of evil, bloodthirsty vampires outside the gates of the academy who only attack at night.

This marks the second time the book series has been adapted for film or television. A film was released in 2014 starring Zoey Deutch and Lucy Fry. However, the film was considered a box-office flop and a critical failure. The television series will feature none of the actors from the movie.